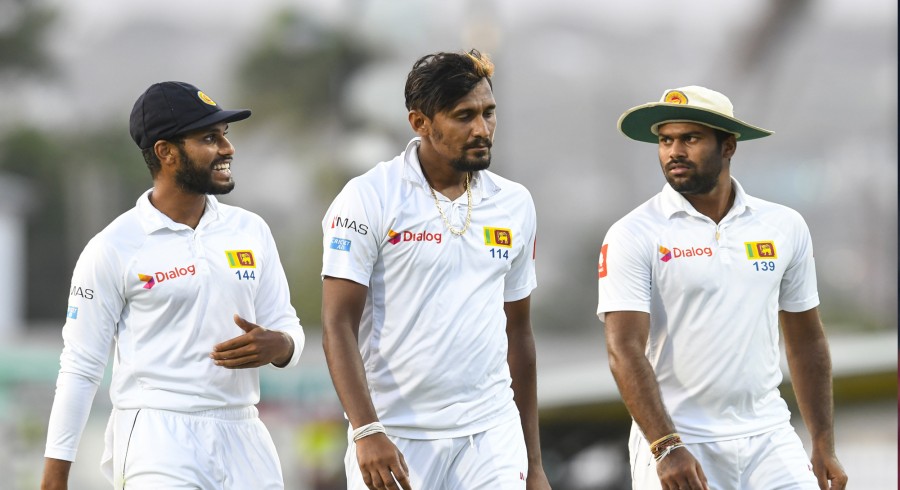 West Indies were 132 for five at stumps on day one of the day/night third and final Test match against Sri Lanka at Kensington Oval in Barbados on Saturday. Jason Holder (33) and Shane Dowrich (60) were unbeaten at the end of day’s play.

Stand-in captain Suranga Lakmal responded to the challenge of leading a depleted Sri Lankan team with two early wickets as the West Indies were reduced to 46 for four at tea on the opening day of the day-night third and final Test match at Kensington Oval in Barbados on Saturday.

This is the first day-night Test to be played in the Caribbean and the tenth overall since the first such fixture between Australia and New Zealand in Adelaide in 2015.

Appointed to lead the tourists with regular captain Dinesh Chandimal suspended for the match after being found guilty of ball tampering during the second Test in St Lucia, Lakmal swiftly dispensed with West Indies openers Devon Smith and Kraigg Brathwaite on a grassy pitch.

Lahiru Kumara, Sri Lanka's top bowler of the series, then removed Kieran Powell cheaply as well to have the home side reeling at eight for three.

A one-hour break for rain offered some respite to the home batsmen but when play resumed Kasun Rajitha followed up on an encouraging debut in the second Test by dismissing Roston Chase immediately upon coming into the attack.

Lakmal, the first seamer ever to lead Sri Lanka in a Test, wasted no time in making the most of the sporting track after the West Indies won the toss and chose to bat.

Smith stabbed at the last delivery of the first over and Dhananjaya de Silva showed a safe pair of hands to come up with the catch at third slip.

Danushka Gunathilaka, brought in effectively as Chandimal's replacement in the middle-order, then showed good athleticism in sprinting in from cover-point and diving forward to take the catch millimetres from the turf as Brathwaite could not control a delivery from Lakmal which lifted sharply.

Kumara was also grateful for the support from his fielders when Kusal Mendis held a good low catch at second slip when Powell pushed at a full-length delivery without covering the ball properly.

Then, after impressing with an expansive cover-driven boundary before the rain-break, Chase was bowled in Rajitha's first over, dragging a delivery onto his middle stump.

Off-spinning all-rounder Dilruwan Perea, who has replaced Akila Dananjaya in Sri Lanka's other change from the drawn second Test, bowled the final over of the session but it is expected that the visitors will be relying heavily on their three seamers in the second period of play as they seek to lay the foundations for a series-levelling victory.

Any thoughts of recalling Rangana Herath for this final match of the tour ended on Friday when the experienced left-arm spinner split the webbing in his bowling hand during catching practice. 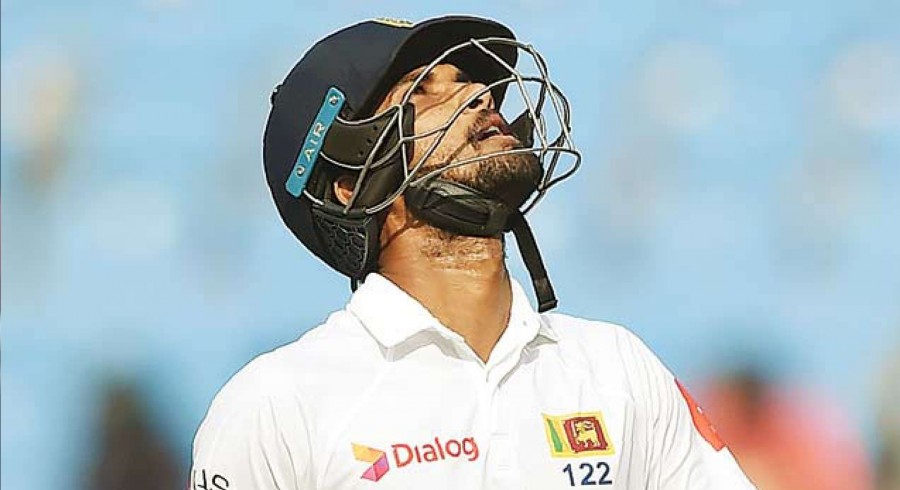