Nida Dar led the batting charge when she returned unbeaten on a whirlwind 37-ball 56 not out to help Pakistan collect 137 for six. She then claimed two wickets for 23 runs

Pakistan Cricket Board in Sylhet 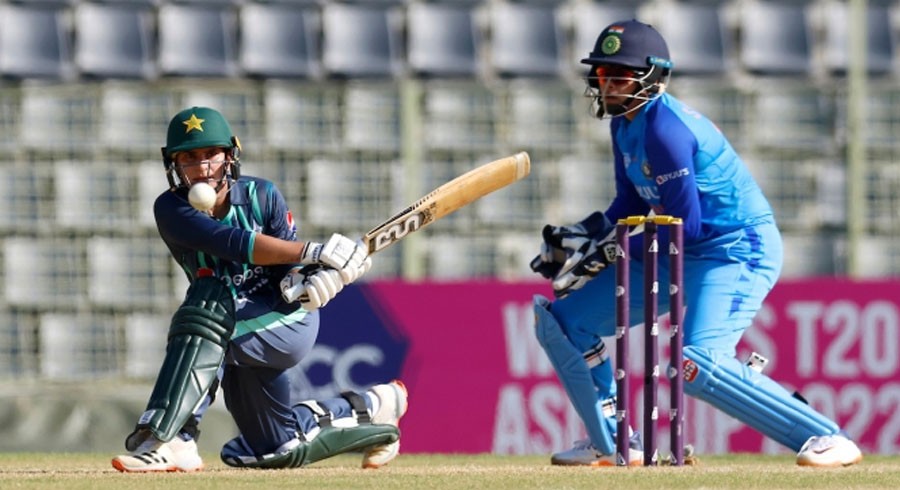 Pakistan women got their ACC Women’s Asia Cup campaign back on track when they recorded only their third victory over India women in 13 T20Is and 24 internationals overall in Sylhet on Friday.

Nida Dar led the batting charge when she returned unbeaten on a whirlwind 37-ball 56 not out to help Pakistan collect 137 for six. She then claimed two wickets for 23 runs and combined with Nashra Sandhu (three for 30) and Sadia Iqbal (two for 24) to dismiss a formidable and in-form India for 124 in 19.4 overs, who needed 18 runs off the last over.

Pakistan’s 13 runs victory on Friday was their first over India since March 2016 when they won in Delhi by two runs on the Duckworth-Lewis-Stern Method. Pakistan’s other win over India was in Galle in 2012, when they won by one run. Both these victories came in the ICC Women’s T20 World Cups, while Pakistan is still searching for their maiden ODI win in 11 encounters.

Nida was at her brilliant best, when she clubbed five fours and a six, and put on 76 runs for the fourth wicket with Bismah Maroof after Pakistan had slipped to 33 for three after electing to bat first. Bismah was dismissed in the 16th over after hitting two fours in her 35-ball innings, but Nida carried the innings and helped Pakistan collect 26 runs off the last four overs.

Openers Muneeba Ali (17) and Sidra Amin (11) had provided a solid start when they raced to 26 for no loss in 4.2 overs, before both departed in the space of eight balls. However, Nida and Bismah, followed by a brief run-a-ball innings by Aliya Riaz and Ayesha Naseem helped Pakistan reach 137 for six.

The target was expected to be an easy and straightforward one for an experienced India, but Nashra, Nida and Sadia had other ideas as the ICC Women’s T20 World Cup 2020 runners-up were dismissed for 124 with two balls to spare.

The three bowlers not only bowled intelligently and smartly, they were very well backed by their fielders, who held almost all the catches and didn’t concede extra runs in the outfield.

The only blemish in the innings was when wicketkeeper Muneeba failed to stump the dangerous Smriti Mandhana, but the let-off didn’t prove costly as the opener was dismissed shortly afterwards by Nashra, who had earlier accounted for Sabbhineni Meghana. Nashra’s third victim was Radha Yadav.

Pakistan’s victory over India is also commendable after they had suffered a four-wicket defeat against Thailand on Thursday. But in today’s performance, Bismah Maroof’s side proved yesterday’s defeat was nothing but a surprise and a bad day in the office for them.

Pakistan now has three wins in four matches, and will play the United Arab Emirates on Sunday. Their last league match will be against Sri Lanka on 11 October.

The top-four sides will progress to the semi-finals, while the final will be held on 15 October.