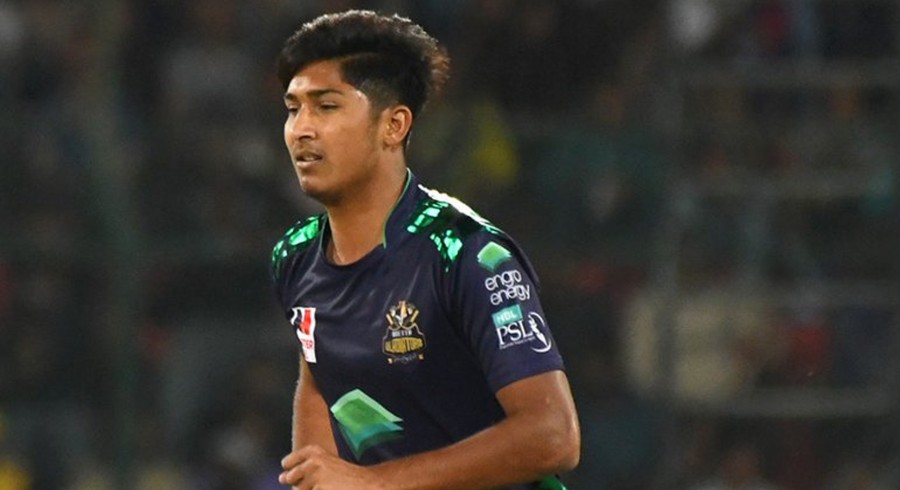 Shaheen corrected Waugh’s prediction by featuring in all three international formats in the last one year. It’s now Hasnain’s turn, who is set to make a name for himself at the top-level.

Apart from elder Waugh's prediction, there is one more common thing about the two fast-bowlers – they have made a big impact on HBL Pakistan Super League, which has paved their way into the Pakistan team.

Pakistan under-15 team’s former coach Mohammad Masroor recalled the tour to Australia in 2015.

“We did well on the tour and during one of the matches at the Bradman Ground near Sydney, Steve Waugh came to watch his son Austin and when he saw Shaheen and Hasnain in action, there, he predicted the two boys will make an impact at international level,” Masroor recalled.

Hasnain made an instant impact in the HBL PSL 2019, with his speed and hunger to do well. Although, he has taken just seven wickets in five matches, his ability to constantly bowl at 150kph has caught everyone’s eye.

So impressed were the selectors and the team head coach Mickey Arthur,  Hasnain was rewarded with a place in the national team for the upcoming one-day series against Australia in UAE.

“Myself and Inzamamul Haq watched a lot of the PSL and Hasnain fills a hole we are looking for in the national team,” Mickey told psl-t20.com. “He has all the potential, and we are not going to rush somebody in, we will bring him slowly just like we did with Shaheen and will work with him to see if he is ready. His pace is the most impressive.”

The tall, earthy complexioned Hasnain started playing at an early age. Hyderabad region coach Iqbal Imam spotted his talent and has seen his progress over the years.

“Hasnain played Under-16 and Under-19 for Hyderabad, and right from the start, his pace has been consistent and impressive,” recalled Imam, a former first-class cricketer, who had played alongside Inzamam, Waqar Younis, Basit Ali and Mushtaq Ahmed for UBL.

“Hasnain has come of age through the age-group process of the Pakistan Cricket Board and is a real product of ours,” said Imam.

He was selected by Islamabad United last year, but an injury ruled him out from the HBL PSL 2018. He made his first-class debut for PTV against Multan in September and picked up three wickets, while his and final second match to date went wicket-less.

This year Quetta Gladiators picked him as their 21st player. Since then, he has become number-one as far as the emerging talent is concerned.

He (Hasnain) is someone who is incredibly fast and skillful, and we will see a hell lot of him in the coming days. He is doing a great job for Quetta,” said Watson, who has played many fast bowlers in his illustrious career for Australia.

Former great Waqar Younis has been a role model for Hasnain.

“I grew up with an aim to become a fast bowler and Waqar was my role model,” said Hasnain. “I am thrilled that my first PSL has brought me so much reward. It was my childhood dream to play for Pakistan and its near to fulfillment.”

Waqar said he sees himself in Hasnain.

“Yes, I had the same pace and vigour at this age. He is very talented, and has pace, bounce and the determination. I have told him not to lose his pace, which is his strong point,” he said. “What I have noticed is that apart from Shoaib Akhtar, all other pacers lost their pace after starting at 140-150kph, so Hasnain needs to heed on that.”

Waqar hopes Hasnain works hard to get his action smoother.

“He is a bit rough in his action and I had that same problem and once that is sorted, he will not have to put a lot of effort. I mean his run-up is a bit laborious, but once he manages it, he will be more effective. I wish him the best of luck,” he said.