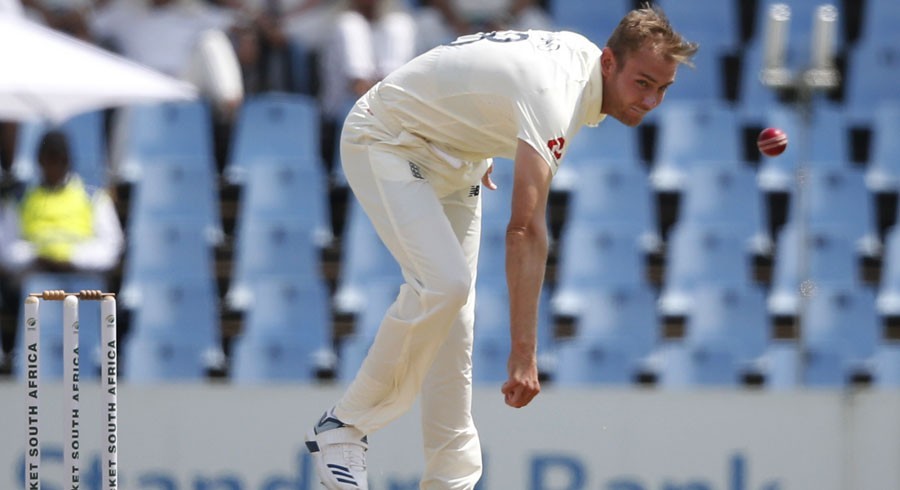 Stuart Broad revealed some of the demands being placed on England cricketers after confirming he was in the first batch to return to individual training on Thursday.

The Nottinghamshire pacer was back at Trent Bridge after being chosen as one of the bowlers selected for personal sessions.

The players are seeking to build up their match fitness ahead of a rescheduled Test series at home to the West Indies in July, which is set to take place behind closed doors due to the coronavirus.

Broad, a 33-year-old veteran of 138 Tests, detailed his training day via his Instagram account, posting a picture of himself taking his temperature with a digital thermometer at home before uploading the result via an app.

When he arrived at Trent Bridge, Broad was given a designated car-parking space and directed straight onto the pitch, as part of the safety protocols players are not allowed to change in the dressing room and must arrive in their training kit.

He then bowled on his own, with only a physiotherapist in attendance.

The global health crisis has put matches on hold in England until July 1 at the earliest while in other countries the cricket season is already over.

Despite the pandemic, the England and Wales Cricket Board (ECB) is still planning to stage a full home international programme, starting with a three-Test series against the West Indies, which was originally scheduled for June.

Broad was scheduled to be one of up to 18 bowlers involved in training from Thursday at various grounds. Batsmen and wicketkeepers are due to return from June 1.

As well as the West Indies Test series, England's cricket schedule includes three Tests against Pakistan and limited-overs matches against Australia and Ireland.