Swapping Kalashnikovs for bat and pads: Afghan cricket, the Taliban and peace

Change is coming and the sport can give Afghanistan a platform no other can equal, one that offers hope for a more normal future 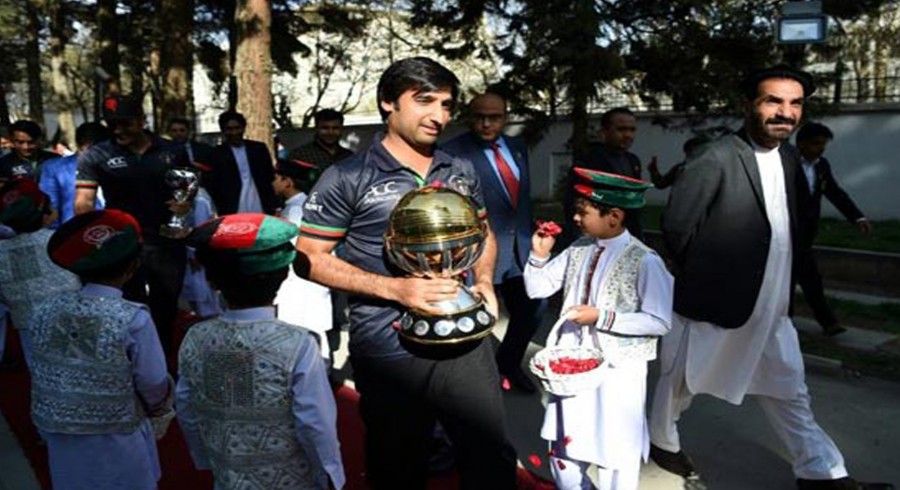 During a lull in Afghanistan's never-ending war, before the fighting season resumes once again in the spring, Taliban fighters recall laying down their Kalashnikovs and, for a brief moment, enjoying a game of cricket.

The sport is the only one enjoyed by the fighters, commanders say, with matches attracting hundreds of spectators from Taliban-controlled villages when there is no fighting. They are also fans of the increasingly successful national team.

"I love cricket," said Mullah Badruddin, a Taliban commander in Khogyani district of Nangarhar, on the border with Pakistan, where a tournament organised by the militants at the start of last winter drew large crowds.

"When Afghanistan play against another team, we listen to the radio with great interest and we also check for scores in social media and follow those in Facebook who give live updates," he told Reuters by telephone.

First played in Afghanistan by British troops in the 19th Century, the game was adopted by Afghans in the refugee camps of cricket-loving Pakistan, where more than 3 million fled a Soviet invasion and civil war in the 1980s and 1990s, and has since made huge strides in the country, particularly among ethnic Pashtuns in the eastern border provinces.

The Taliban had banned games such as cricket and football in the early years of their austere rule because they believed they kept men away from prayers, according to former national cricketer Hasti Gul, but later became more tolerant of cricket.

Despite the Taliban's former suspicion of organised sports and their opposition to much of the transformation in Afghanistan since their hard-line Islamic regime was toppled in 2001, many of the mainly Pashtun movement's fighters are fans.

"I like all the players but my favourite is Rashid Khan, his bowling is amazing," says one fighter, referring to the young spin bowler who stars for the Afghan national side.

Afghanistan's hopes of making a dent in the World Cup are higher than they have ever been, even if few give them a chance against giants of the game such as India, Australia or England.

"We have a very strong team and my dream is for Afghanistan to bring the World Cup home," said Hazrat Gul, a young cricketer in the eastern city of Jalalabad.

As peace talks between the U.S. government and Taliban officials continue and Afghanistan looks for a way out of 40 years of conflict, excitement is building and officials and government ministers’ lavish praise on the players, whom President Ashraf Ghani has called national heroes.

Sadiq who has just returned to practice after a long injury, aiming to take part in the upcoming World Cup, said the Taliban usually send them congratulatory messages through social media and on his cellphone when Afghanistan win.

Such broad appeal has seen the sport widely hailed as a unifying force in Afghanistan, a patchwork of different languages and cultures, sometimes at peace with each other but increasingly in recent years in conflict.

Not everyone is on board the cricket bandwagon, however. Look deeper, and the state of the game has much to say about a country where sport has repeatedly attracted violence, including suicide attacks on cricket and wrestling matches, and where politics is increasingly divided along ethnic lines that shade into all aspects of life.

For many Persian-speaking Tajiks and Hazaras, cricket is a sport for Pashtuns, the dominant ethnic group from the south and east of the country that has provided almost all kings and presidents throughout Afghan history.

"I have no interest and don't know anything about cricket," said Ahmad Jawad, a shopkeeper in Parwan, a mainly Tajik province north of Kabul. "It's a Pashtun game with Pashtun players, so let them enjoy their game."

Now, with the looming World Cup, many feel that change is coming and the sport can give Afghanistan a platform no other can equal, one that offers hope for a more normal future after so many years of war.

"We literally had no support from the government for so many years before they have realized we could bring glory to our country," Gul said. "Now everyone loves cricket and we are so proud to raise our national flag on the world stage."