On Monday, the club announced that he had flown home "due to a family emergency", adding that they hoped he would be able to return to the UK in due course 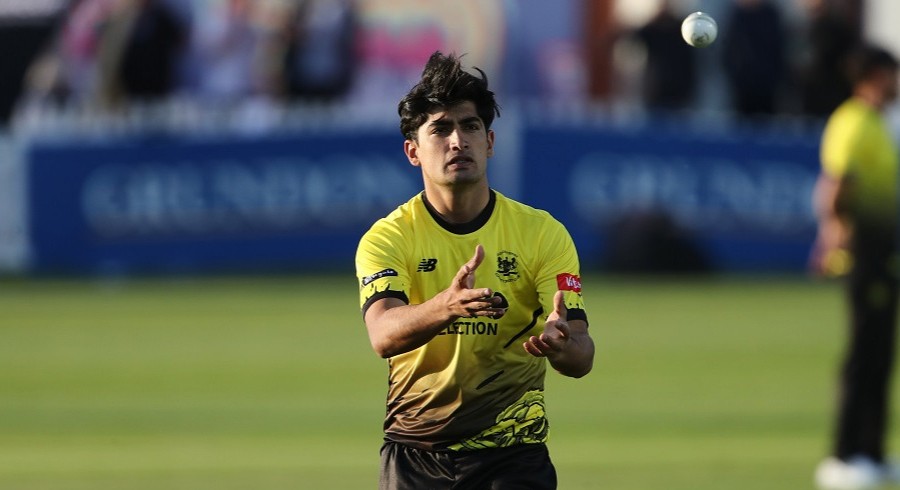 Pakistan pacer Naseem Shah has returned home from his stint in county cricket with Gloucestershire after his father was taken ill.

The 19-year-old signed for the first half of the summer but saw his involvement in the Championship curtailed by a shoulder problem, which led to Gloucestershire bringing in Mohammad Amir as cover.

Naseem Shah has returned to Pakistan due to a family emergency.

We hope to have Naseem back with the squad soon, but have allowed him to return home to spend as much time as he needs with his family.

We're thinking of you, @iNaseemShah 💛🖤

On Monday, the club announced that he had flown home "due to a family emergency", adding that they hoped he would be able to return to the UK in due course.

Steve Snell, performance director at Gloucestershire, said: "We thoroughly support Naseem's decision to return home to see his father. Of course we will miss him on the field, but Naseem's well-being and the health of his loved ones far outweigh any cricketing priorities.

"We have loved having Naseem with us as part of the Gloucestershire family and we are looking forward to welcoming him back to us as soon as possible.

"Everyone at Gloucestershire cricket is thinking of Naseem and his family and sending our upmost support".

It must be noted Naseem has also been signed by Welsh Fire to play in the Hundred, which begins in August.