Taking wickets of main batsmen the biggest motivator for Abbas

Pacer has been impressive of late, playing a crucial part in Pakistan’s win over the hosts 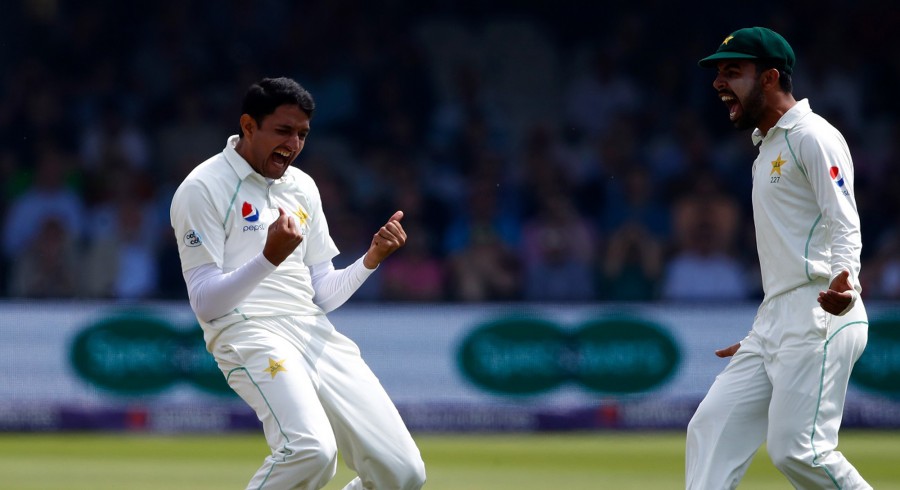 Pakistan fast-bowler Mohammad Abbas has key batsmen in sight as Pakistan prepare to take on England in the second and final Test of the two-Test series at Headingley, Leeds from June 1.

The 28-year-old, who proved to be pivotal in Pakistan’s nine-wicket win over England in the first Test, said that he was glad to claim the wickets of the legendary Alastair Cook and England captain Joe Root and that he will try to claim more important wickets in the future.

"I aim to get the wickets of the opposition's main batsmen; especially their captain's," said Abbas, according to Cricbuzz. "[Joe] Root faced me for only one ball in the first innings before getting out. Had he batted for a longer period, I would've tried to get his wicket in the first innings as well. In the second innings, I had taken two wickets [before picking up Root] and both of them were crucial wickets."

Since making his Test debut in 2017 against the West Indies, Abbas has been the team’s most reliable bowler in Test matches.

He has picked up 40 wickets in seven matches at a fantastic average of 16.62 along with two five-wicket hauls.

He is confident that the good performances will continue and that he will continue to lead the bowling attack, especially when fellow pacer Mohammad Amir struggles for rhythm.

"I am extremely happy [on being the leader] and I will try my best to continue to put up such performances," he said. "I thank the Almighty that I performed well in the West Indies and was a top bowler from both sides. Then against Sri Lanka as well, I was the best among the fast-bowlers. During the matches against Ireland and England, I took 17 wickets. And, I have bagged 40 wickets in the first seven matches, which is unprecedented for a Pakistani bowler."

When asked about comparisons with Mohammad Asif and whether it was something that bothered him, Abbas said: "Asif bhai has performed a lot for Pakistan and it is only because of that that I am compared with him. The performances are mine after all. He is my senior and we have played together for Sialkot. Whenever I play with a senior I try to learn from them. I discussed about my line and length with Asif and I have implemented the things he said in my bowling."