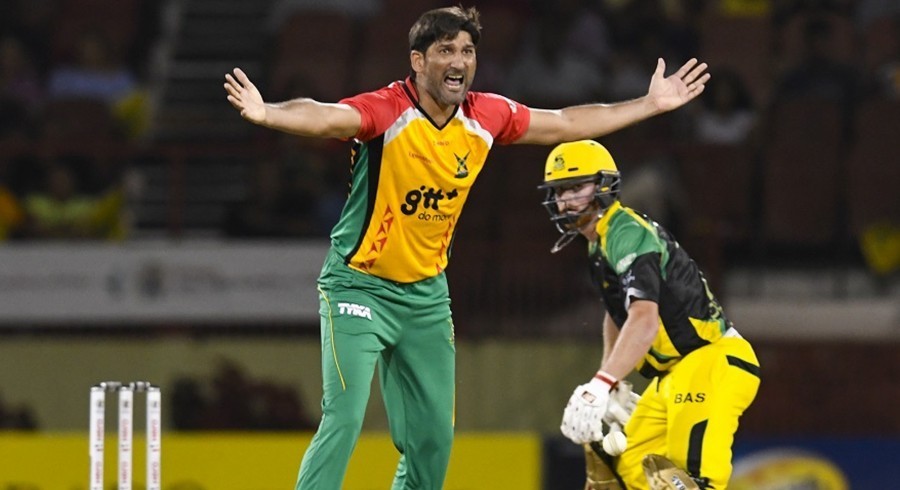 Pakistan pacer Sohail Tanvir has said that unpredictability tag associated with the national side means that no team can take them lightly, at the upcoming International Cricket Council (ICC) World Cup 2019 in England and Wales.

While talking in an exclusive interview with pakpassion.net, Tanvir was hopeful that the Men in Green will put up a good show at the mega event.

“As for Pakistan, we all know that you cannot ever discount their chances of success simply because of the unpredictable tag associated with them which means that no opposition can ever relax against them,” said Tanvir. “Let’s hope that we do well and win the World Cup and whether I am with the side or not, my best wishes will always remain with Pakistan.”

The left-arm pacer also spoke about England being touted as the favourites to lift the title.

“I understand that England are being mentioned as favourites as they have an added benefit of being hosts but the way results of games have gone in recent times, it seems that home advantage doesn’t count for much,” he said.

“When one rates any Twenty20 League around the world, it basically comes down to the quality of cricket played and the intensity of competition. In PSL 4, we saw many close games with nail-biting finishes played by no obvious favourites, where all sides were equally good on paper,” he said. “Even if one looks at the administration of the PSL, I can safely say that the PSL is right on top with foreign and Pakistan players being compensated for 70% of their dues on arrival which is really unheard of.”

Tanvir also stressed on the importance of foreign players coming to Pakistan for the final eight matches of HBL PSL4. He specifically pointed out the impact this had on the champions Quetta Gladiators.

“I feel that the main reason for our eventual success in this tournament was the presence of our foreign players during the crucial final stages in Pakistan,” he added. “This was a problem for Quetta every year in the past during the later parts of the tournament but this time they had all their foreign players in Pakistan. Of course, cricket is a team game but as we had seen in the past, the absence of one or two key players can easily upset the balance of any team which wasn’t the case this time for Quetta.”