While walking back to the pavilion, Stoinis did a disgraceful act as he imitated Hasnain’s action to be a chucking one 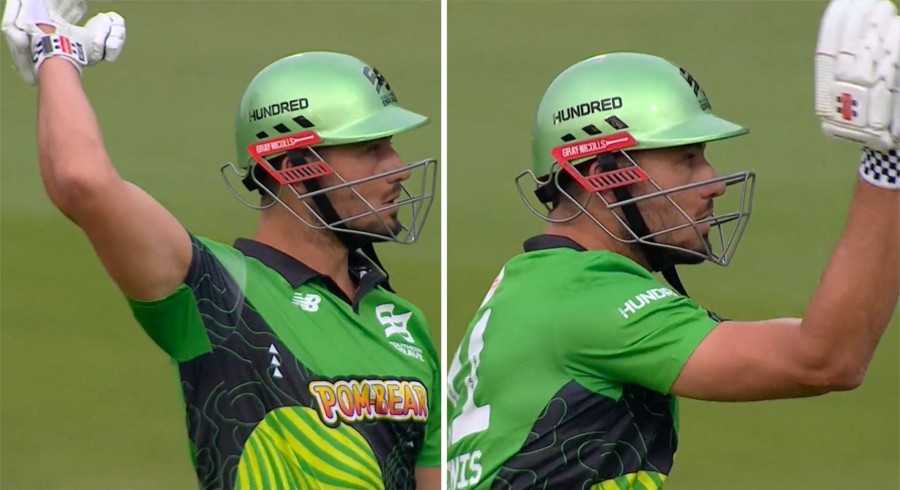 Australian all-rounder Marcus Stoinis received criticism from the cricketing corner after he seemingly accused the Pakistan speedster Mohammad Hasnain of chucking during the Southern Brave’s seven-wicket loss to the Oval Invincibles in the ongoing ‘The Hundred.’

The 32-year-old succumbed to Mohammad Hasnain after top-edging into the hands of centurion Will Jacks at the mid-off.

While walking back to the pavilion, Stoinis did a disgraceful act as he imitated Hasnain’s action to be a chucking one.

Hasnain was found guilty of having an illegal bowling action and was suspended from bowling earlier this year. The 22-year-old was then reported by umpire Gerard Abood after bowling in the BBL match between Sydney Thunder and Adelaide Strikers on January 2.

Hasnain underwent biomechanics tests in late January, with the findings from the Lahore University of Management Sciences confirming his action breached the ICC’s 15-degree limit for elbow extension.

The Pakistani quick has since been declared fit to bowl again after undergoing remedial work.

Here's how the cricket fraternity reacted:

Hasnain has been cleared & it has nothing to do with Stoinis @thehundred #TheHundred https://t.co/vMTw0KC9MG

They cannot play him. First Henricks then Maxwell and now Stoinis. Hasnain is nightmare for Australians😂#MohammadHasnain #MarcusStoinis pic.twitter.com/v4g2wh5f4b

I was wondering what Stoinis was doing, and now it seems pretty obvious. Calling Hasnain a chucker like this = sour grapes.

Really poor sportsmanship and reminds me of the 2000 Aussie team attitude to subcontinent teams. https://t.co/RSThqDb19R

Disappointing reaction from Marcus Stoinis after he was dismissed by Mohammad Hasnain. How about sticking to playing cricket and letting the officials do their job #TheHundred #Cricket pic.twitter.com/oYOSb12GTr

Stoinis is not the first Australian cricketer to call Hasnain’s action illegitimate. He was first accused of having an illegal action by Sydney Sixers captain Moises Henriques during the BBL. Henriques, at the time, shouted, “Nice throw, mate” to Hasnain after he unleashed a bouncer.