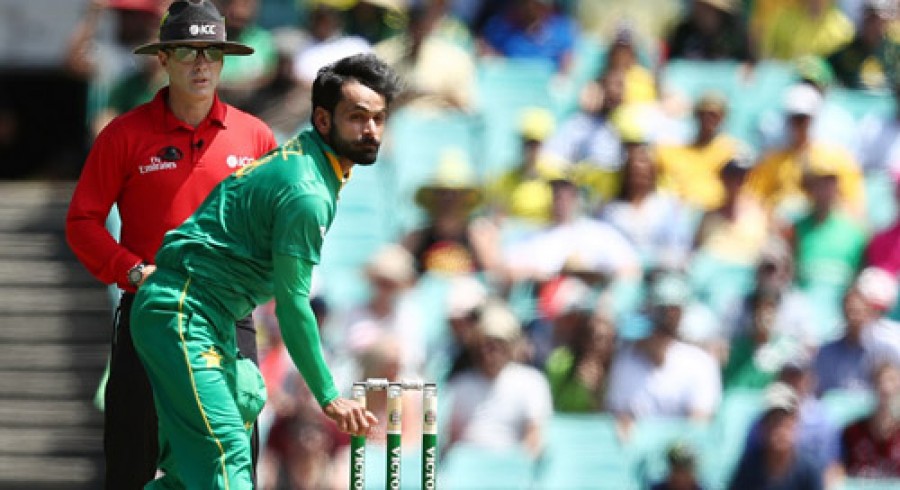 Hafeez was cleared by the International Cricket Council (ICC) on Tuesday to resume bowling after remodeling his action.

Razzaq, while talking to The Express Tribune, expressed his belief that the all-rounder’s return will serve the team well.

“Hafeez has always been an asset for Pakistan,” said Razzaq. “He is a top all-rounder and helped the team in both the batting and bowling departments in the past. His return will surely help the team. He is playing well in domestic cricket and worked on his reported action to regain his all-rounder status. This hard work shows he is dedicated to serving the country.”

He added: “We are hopeful of seeing good performance from him in the future and use his skills for the team. He has to work harder to make his place permanent in the team, especially with so many young players emerging from domestic cricket.”

Hafeez was reported for a suspect action during an ODI against Sri Lanka in October last year. His action was found to be illegal — the third time in his career — after an assessment at the Loughborough University.

After working on his action for the past few months, the 37-year-old was tested again at Loughborough University a fortnight ago, and the results on Tuesday declared his bowling action to be legal.

Meanwhile, former Test bowler Jalaluddin also expressed his delight over the return of Hafeez as an all-rounder, and believes it can prove to be a major boost for Pakistan.

“Hafeez was also used as an attacking bowler and now with his action cleared, he will give Pakistan more wicket-taking options without compromising their batting strength,” he said. “We hope that Hafeez keeps his action firm so that Pakistan team can use his service for longer period of time.”

Hafeez, who so far has represented Pakistan in 50 Tests, 200 ODIs and 81 T20Is, where he collectively scored more than 11,000 runs and claimed more than 200 wickets, had enlisted the services of spin bowling consultant Carl Crowe, who also worked with West Indies off-spinner Sunil Narine on his action. He also helped Hafeez in overturning a one-year ban the second time he was reported.

Hafeez also worked with biomechanics specialist Dr Paul Herron in England in December. He failed an unofficial test at a laboratory at LUMS university in Lahore days before the start of the Pakistan Super League — albeit very narrowly. But he did not bowl during the PSL.