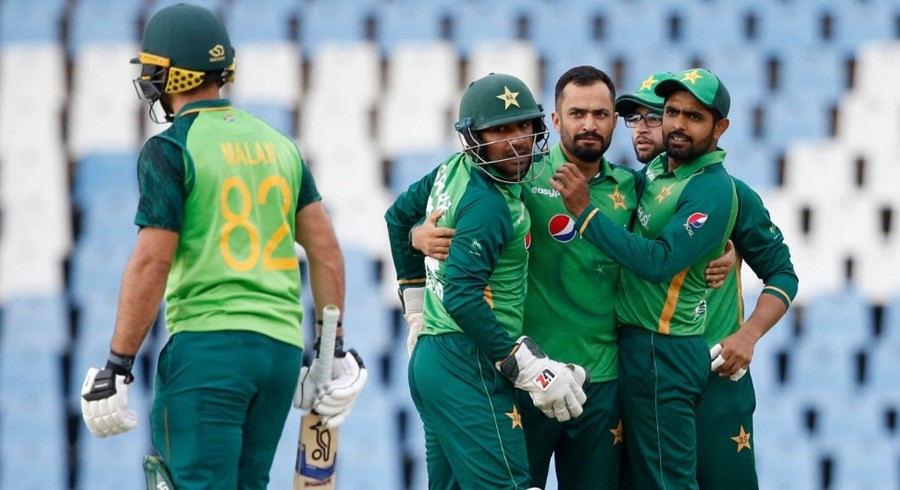 Pakistan beat South Africa by 28 runs in the third and final ODI on Wednesday, to clinch the three-match series by 2-1.

Chasing a target of 321, South Africa got an ideal start from their openers as they combined for a 54-run stand. Playing his first match of the series, Janneman Malan took advantage of full and wide deliveries from Hasan Ali early on.

Pakistan needed a breakthrough and Shaheen Afridi responded by removing Aiden Markram for 18. The right-hander once again failed to convert his start into something substantial as he was caught behind by Sarfaraz Ahmed.

Debutant Usman Qadir picked his first ODI wicket next as his flipper went past JJ Smuts’ defense, who departed after scoring 17.

Malan continued to lead the charge for South Africa as he brought up his fifty by hitting Qadir through cover in the 19th over.

Malan was looking solid along with skipper Temba Bavuma until all-rounder Mohammad Nawaz removed both batsmen in the 24th over. Malan was trapped lbw for 70 whereas Bavuma was bowled for 20 while trying to come down the track.

Andile Phehlukwayo and Kyle Verreynne put South Africa’s chase back on track by combining for a 108-run partnership.

Verreynne played a blistering knock completing his fifty in only 40 balls. He found an able ally in Phehlukwayo who continued to rotate the strike and bring South Africa closer to the target.

Verreynne brought up the century partnership in style by dispatching Hasan Ali for a six over extra cover. However, Rauf outfoxed Verreynne in the next over with a slower delivery, with the batsman caught at deep square leg for 62.

Phehlukwayo soon followed Verreynne, as he skied a delivery by Hasan Ali to Sarfaraz, departing after scoring 54.

South Africa’s lower-order batsmen failed to keep up with the required run-rate as they were bowled out for 292 in the last over of the innings.

Imamul Haq and Fakhar Zaman laid a strong foundation for the Men in Green as they combined for a 112-run opening stand, after being asked to bat first by South Africa.

Despite a barrage of short pitched deliveries by South African pacers, Fakhar and Imam remained solid and handled the storm. Although, they were lucky early on as few edges went past slips but the openers took full advantage after six overs as they started taking on the pacers with perfectly executed pull shots.

Imam brought up his second fifty of the series as Keshav Maharaj was introduced in the 18th over. However, the left-hander slowed down after reaching his fifty. He was eventually forced to hit out but was caught at long-on for 57, with Maharaj providing the breakthrough for the Proteas.

Fakhar also completed his fifty in 62 balls in the 24th over. Unlike Imam, Fakhar changed gears after reaching his fifty and took a liking to the left-arm spin of Maharaj and JJ Smuts.

The left-hand opener dispatched spin and pace in equal measure all around the park as Babar kept the scoreboard ticking at the other end. Fakhar continued his rich vein of form as he brought up his second century of the series in just 99 balls.

Pakistan were well-placed to kick on but Maharaj broke the brewing partnership as he dismissed Fakhar for 100. The left-arm spin of Maharaj was too hot to handle for Mohammad Rizwan as he struggled to connect before being stumped by Henrich Klassen for two.

Sarfaraz Ahmed joined Babar next and played his trademark sweep shots to accelerate the Pakistan innings. However, after hitting a couple of boundaries, the wicketkeeper-batsman chipped one straight to Smuts and departed for 13.

Faheem Ashraf followed in Sarfaraz’s footsteps and was caught and bowled for one in the next over by Aiden Markram.

Pakistan needed Babar to step up and provide a strong finish and he did just that. The Pakistan captain was dismissed on the last ball of the innings for 94 as a late cameo of 32 not out from Hasan Ali helped Pakistan reach a total above 300. 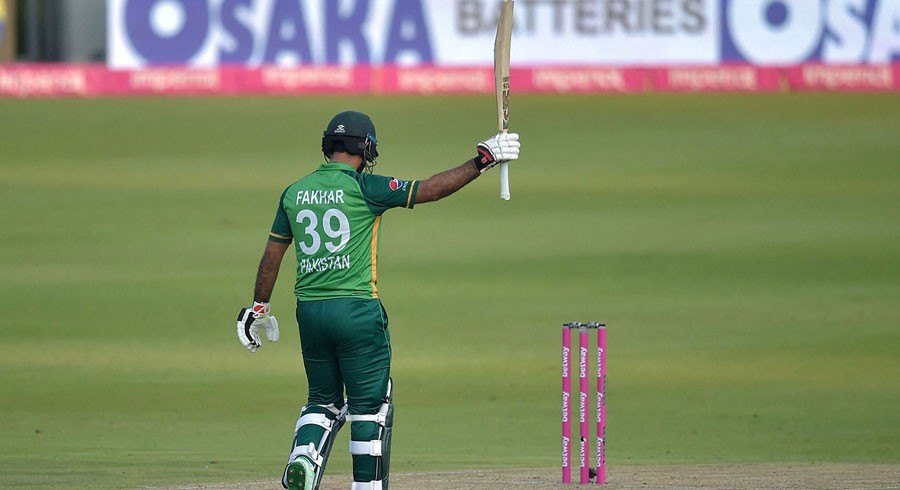