Former Pakistan captain bagged 47.3 per cent of the votes casted 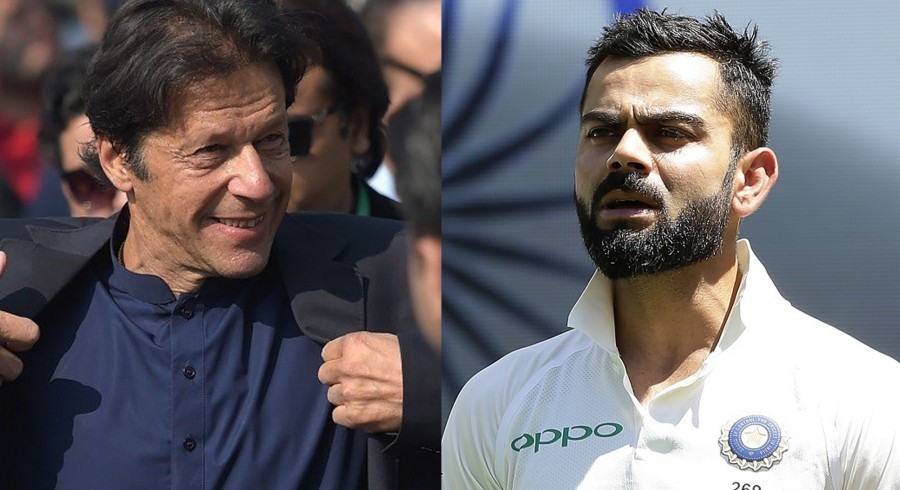 A poll conducted by International Cricket Council (ICC) on their Twitter page sent the social media users in India and Pakistan into a frenzy as the former Men in Green captain and current Prime Minister Imran Khan beat Indian skipper Virat Kohli by the barest of margins.

“You decide which of these ‘pacesetters’ were the best among these geniuses!” tweeted ICC.

Who would you rate as the best among these giants?

After Khan won the poll, his fans were overjoyed and celebrated by tweeting using the hashtag #PakistanShocksIndia, which ended up being the top trend in Pakistan on Twitter, followed by #ImranKhan and #Kaptaan.

#PakistanShocksIndia will be the TOP Twitter Trend in the next 30 mins. 😘

RETWEET & congratulate #ImranKhan on winning the @icc poll & tag your friends who didn't vote for him, yet #Pakistan WON! Boom! 🔥🔥🔥 https://t.co/WyXF0pDGBV

Even ministers from the Prime Minister’s party, Pakistan Tehreek-e-Insaf (PTI), couldn’t hold back and joined in on the fun.

Meanwhile, the Indian Twitter users were not too happy with the result and accused the poll of being rigged.

Kohli was leading when pole ended with 502k votes.

I took screenshot when the poll was ending. Kohli was in 47 percent , how did that get changed? Even a nursery kid can say KOHLI is 1 percent ahead of IMRAN KHAN here when poll was ending. pic.twitter.com/xeJkSa6ZYB

How did that change in last second, Kohli was leading till 11.45 am with 47% and suddenly within 1 second it changed?