Batting at number nine, Udana hit 78 in Islanders’ total of 189 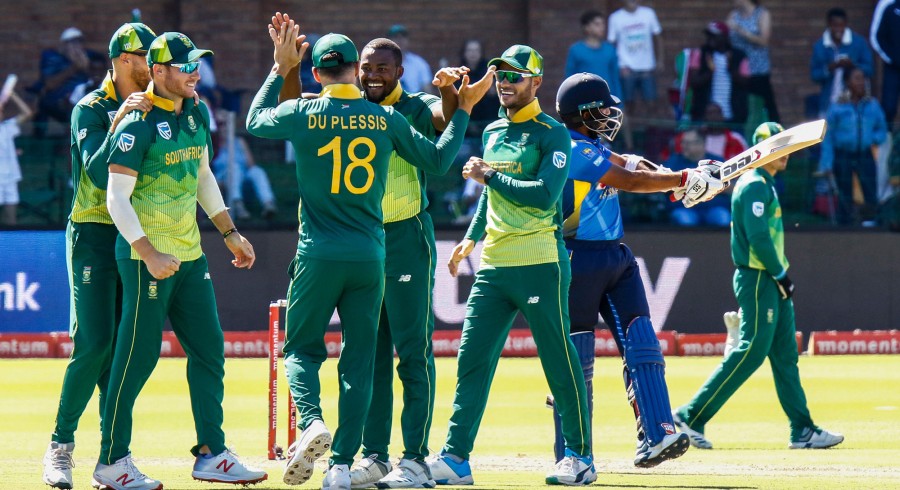 A blazing innings by tailender Isuru Udana could not prevent another heavy defeat for Sri Lanka in the fourth one-day international against South Africa at St George's Park on Wednesday.

Batting at number nine, Udana hit 78 in a Sri Lankan total of 189. But it was not nearly enough as South Africa cruised to a six-wicket win and a 4-0 lead in the series with 17.1 overs to spare.

"This wicket is very suitable to the bat," he said. "They (the batsmen) didn't realise their value and take the opportunity to play a long innings."

Quinton de Kock hit his fifth successive ODI half-century for South Africa, making 51 before he became one of three victims for off-spinner Dhananjaya de Silva, who opened the bowling and took three for 41.

Udana apart, it was a dismal batting performance by Sri Lanka, marked by soft dismissals, with none softer than the run-out of Malinga.

Sri Lanka have lost all eight ODIs under Malinga's captaincy and the veteran was dismissed in almost embarrassing circumstances.

Batting at number ten, he played the ball to midwicket. Not only did he fail to sprint in attempting a single but his bat was in the air when a throw from Reeza Hendricks hit the stumps at the bowler's end.

Sri Lanka were 131 for nine when Malinga was out but Udana smashed 55 runs in a 58-run last-wicket partnership with Kasun Rajitha. The other three runs were extras.

Udana, who has hit two centuries in first-class cricket, made his runs off 57 balls and hit seven fours and four sixes — three of them off successive balls from fast bowler Anrich Nortje.

He was named man-of-the-match despite being on the losing side.

"I have been working on my batting," he said. "Once we were nine down I had to take my chance."

Udana's assault spoilt what was promising to be an excellent day for Nortje, playing in his home town.

In only his third ODI and bidding to secure a place in South Africa's World Cup squad, Nortje was one of the main destroyers of the Sri Lankan top order, taking three for 19 in his first spell of six overs. But he conceded 38 runs, 37 of them to Udana, in his last two overs.

Sri Lanka's decision to open the bowling with the spin of De Silva paid off with the early wicket of Hendricks but De Kock and the recalled Aiden Markram (29) set South Africa well on the way to victory with a second-wicket stand of 56 off 63 balls.

Captain Faf du Plessis made 43 before David Miller and JP Duminy, the latter returning from a long-term injury, closed out the match with an unbeaten 44-run stand.

"Our bowling unit has been very consistent in this series and in the last two games the batting is starting to tick," said Du Plessis.