Pakistan skipper Sarfraz Ahmed has announced that middle-order batsman Usman Salahuddin, who will be making his Test debut in Leeds, will replace the injured Babar Azam for the second Test against England.

Salahuddin has a batting average of 46.53 in first-class cricket and holds 20 centuries and 34 fifties to his name.

“Salahuddin will be replacing Azam in the next Test match. He has been with the team for the past three tours and also played a good innings in the practice match against Leicestershire,” said the Pakistan captain.

Sarfraz added that the team is upbeat ahead of the Leeds Test after their comprehensive win at Lord’s but also stressed on the importance of avoiding complacency.

“The team is in the learning process but the wins against Ireland and England have done the team’s confidence a world of good,” said Sarfraz. “We are not getting carried away with the massive win in the previous Test and are just focused on doing well at Leeds.”

Pakistan last won a series in England way back in 1996 under the captaincy of the legendary Wasim Akram and it would be great achievement for this team to stamp their authority in England after a long lay-off.

“It has been a while since we last won a series in England but now we want to make the most of this opportunity as we are in a good position to achieve such a feat,” said Sarfraz.

The team management has stressed on the importance of being focused about the future challenges because that is the only way we are going to progress as a team.

“It is important that we focus on the upcoming challenges rather than thinking about what we have achieved in the past because this is the only way we are going to progress as a team,” he said.

Pakistan batsmen made four fifties in the first innings of the Lord’s Test while none of the bowlers picked up a five-wicket haul despite coming close. Sarfraz was hopeful that the batsmen will go on to get a bigger score once they have got their eye in while also expecting the bowlers to further improve their bowling figures.

“There is always room for improvement and I hope that the batsmen convert the starts into something substantial while the bowlers should strive for five-wicket hauls rather than being content with just 3-4 wickets,” he said.

The second Test between England and Pakistan begins on Friday in Leeds with Pakistan leading the series 1-0. 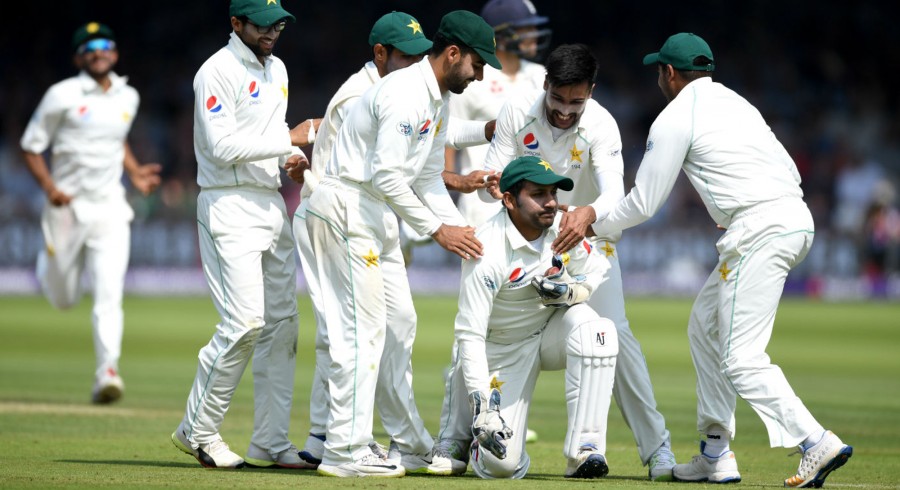