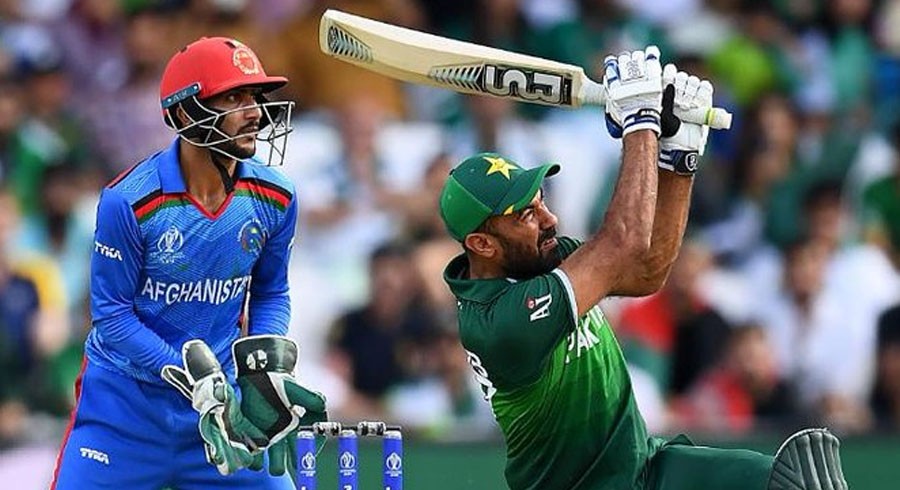 From Anil Kumble bowling with a bruised jaw to a limping Darren Sammy batting in the HBL Pakistan Super League, there have been plenty instances in the history of cricket where these superhumans have put on heroic performances despite battling gruesome injuries. On Saturday, it was 34-year-old Wahab Riaz who saved Pakistan the blushes against Afghanistan despite a hairline fractured finger and played a pivotal part in Pakistan’s win with the bat as well as the ball.

A broken pinky finger left Pakistan’s pacer with a grand total of two choices. Either he could excuse himself from playing in a do-or-die match at the biggest stage and make way for inexperienced Mohammad Hasnain or he could tape up his finger and help his team’s chances of qualifying for the semifinal. Knowing that it would be catastrophic for Pakistan to lose a player of his experience in a must-win clash, Wahab chose the latter.

When he had the ball in hand, he consistently bowled above 140 kph and troubled Afghan batsmen with his reverse-swinging yorkers.  With excellent figures of 2-29 in 8 overs, Wahab ended up as Pakistan's most economical bowler.

When he walked out to bat, his team was in shambles chasing a modest target of 238. From the balcony, he watched one wicket tumble after another and how his teammates succumbed to the spin troika of Mohammad Nabi, Rashid Khan and Mujeeb Ur Rahman. However, he had entirely different ideas. Firstly, he caressed Rashid Khan’s leg-break for a boundary. He followed it up by going down on one knee and clobbering spin sensation Rashid Khan for a towering six.

Fittingly, the end result went in his favor or else many people would have rendered his sacrifice redundant. It is a harsh reality that Wahab’s decision to play would have been severely criticized if he had a bad day on the field or Afghanistan would have won. It takes immense amount of courage to do what Wahab did and it was just another reminder that he is a true warrior who possesses nerves of steel.