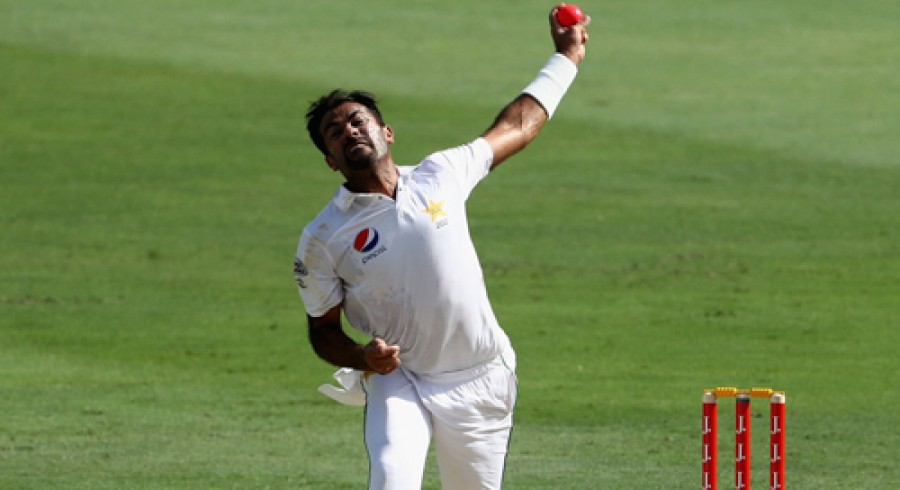 Pakistan bowling coach Azhar Mahmood has insisted that veteran pacer Wahab Riaz remains in his plans for the future series.

Riaz, who was the leading wicket-taker in Pakistan Super League (PLS) third edition, was ignored for the tour of Ireland and England and the selection committee received criticism for that.

But Mahmood believes Riaz, who has represented Pakistan in 26 Tests, where he claimed 83 wickets at an average of 33.53, still has international cricket left in him.

“I know a lot of people are talking about why we left Wahab [Riaz] out of the squad for the series, but there is a reason,” said Mahmood in an interview. “We believe he will not be that useful for the team in early English summer as more than pace, we need bowlers who can seam and swing the ball. But that does not mean he is not in my plan as a bowling coach. I know we will need him in our next home series against Australia and New Zealand in UAE, where a pacer who bowls at 150 and can reverse swing is of immense importance.”

Talking about the bowling unit which is being selected for the tour, Mahmood showed complete trust in the players.

“I am confident that we have the kind of bowling attack which can take 20 wickets in every match,” he said. “Likes of Mohammad Amir, Rahat Ali and Hasan Ali have already proved what they are capable of. Also, I think Mohammad Abbas will do really well because of his recent county stint where he claimed 23 wickets in five matches. Yasir Shah’s absence will be felt, but it’s a great opportunity for someone like Shadab Khan to show his magic in the whites as well.”

Talking about the struggles of Amir ever since his return to international cricket, Mahmood believes the left-armer is struggling with fatigue.

“We definitely want him in Tests and I’ve also told him that he should focus on the five-day format as [T20] leagues will come later as well,” he said. “I believe he is actually struggling with fatigue as he came back after a break of five years and a lot has changed since then. I know that when you are tired, your wrist movement is not the same. Also, I believe taking part in shorter formats has affected his performance in the Test format, where he is not being able to bowl fuller length to get the wickets.”

Mahmood, who represented Pakistan in 21 Test and 143 ODIs, where he scored 2,421 runs and claimed 162 wickets collectively, further went on to explain why team’s bowling department hasn’t done well in the longest format of the game in the recent past.

“People believe our players are suffering because of shorter format, but I beg to differ,” said Mahmood. “I believe they are suffering because of the pitches in the domestic cricket which are too helpful to the fast bowlers. The problem with such tracks is that the team is bowled out inside 50-60 overs, which means bowlers does not get the chance to come back and bowl their second spell. Because of that, it becomes difficult for them to bowl 25 overs at the international level.”

He added: “Not only that as because of this we are also suffering with the lack of spinners as they never get the chance to bowl. Batsmen are also finding it hard getting used to batting for long hours in such conditions as well.”