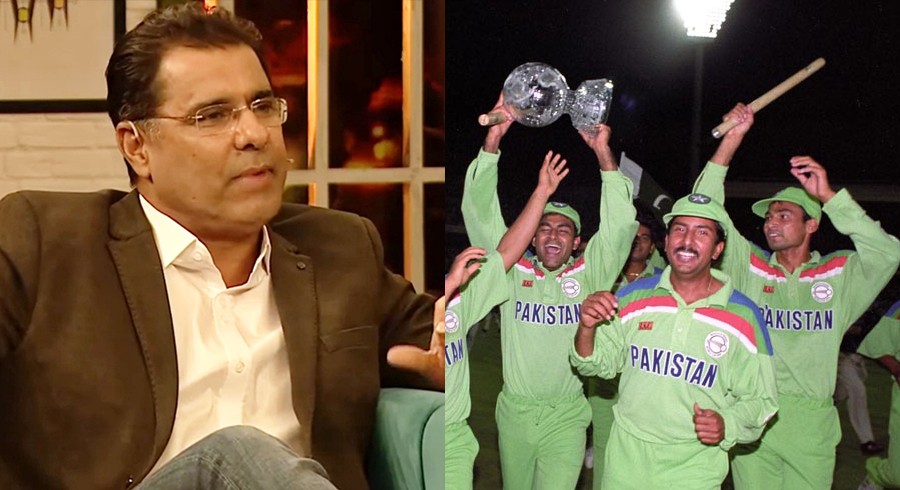 Former legendary pacer Waqar Younis shared his regret of not being able to become part of the Pakistan side, which won the 1992 World Cup.

In an appearance on Time Out with Ahsan Khan recently, the former captain recalled the moment when the trophy and his team members touched down in Pakistan.

Waqar suffered from a stress fracture in his back before the world cup and had to return to Pakistan.

"I regret that I was not part of the winning side, but I was so excited and happy for my teammates," Waqar Younis said.

"I still remember very clearly the day they came back. There were no tunnels and stairs used to be attached with the aeroplanes in those times. Big searchlights were placed at the gate of the plane. When the door opened, the crystal trophy was the first thing to come out and I was standing at the first row, literally, when they came out I felt someone had taken my soul from the legs and I sat down and started crying, it was very emotional but happy moment at the same time. My team members eventually picked me up and all the celebrations started," he recalled.

Waqar praised the comradery members of the side shared back then which eventually helped them to win the world cup.

"The bonding was great, Imran Khan's leadership was solid, Javed Miandad was very strong. A batch came where six to seven players came from the U19 level and we were all part of the world cup squad. We also had Wasim Bhai, who was a bit senior but we were jelled all together," he added.