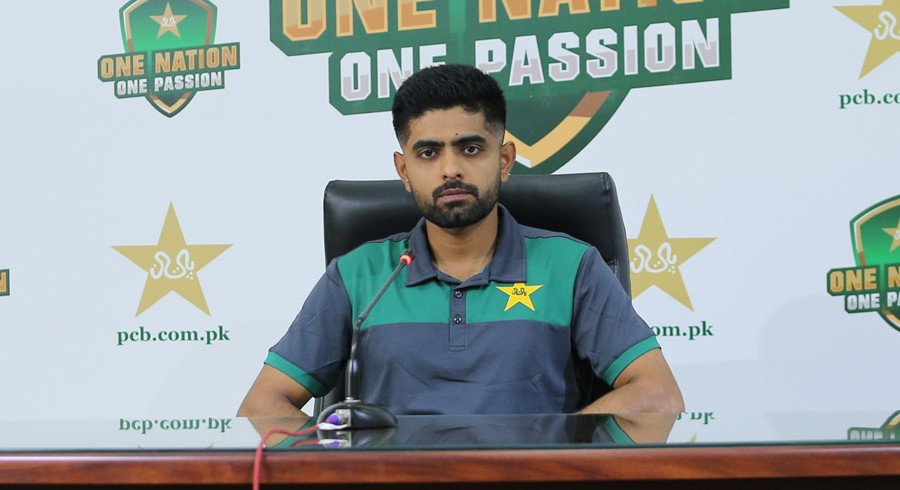 Pakistan captain Babar Azam gave a cheeky reply to a journalist who questioned about the workload of star players including him, Mohammad Rizwan and Shaheen Shah Afridi.

The Men in Green will leave for the Netherlands during the wee hours of August 12. A journalist during a pre-departure presser asked if he should play only two formats to reduce the workload.

"Don't you think the players were depressed, the workload was more?) So won't it be a good idea if you people play only two formats?" a journalist asked.

"It depends on your fitness, I don't think we should limit ourselves to two formats. Do you think I have become old?" Babar replied.

"The workload is much more," the journalist added. "I don't think so. If the load is more then we will increase our fitness levels," he added.

I am not thinking about 2 Formats, it depends on your fitness, Says Babar Azam ❤️✨ pic.twitter.com/LCTqvYC5hq

The workload is not an issue for Pakistan players as the national cricket team has only played 12 games in 2022. The busy season for Pakistan will start with the Netherlands' ODIs and will continue to play home and away games till January 2023.