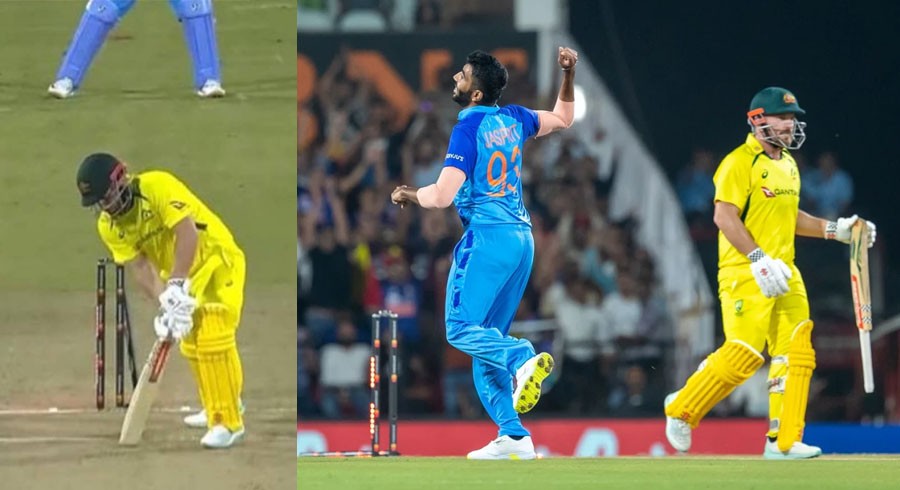 The incident happened in the fifth over when he produced a lethal yorker to bamboozle Finch, who saw his stumps flying.

B. O. O. M! ⚡️ ⚡️@Jaspritbumrah93 strikes to dismiss Aaron Finch with a cracker of a yorker. 👍 👍#TeamIndia are chipping away here in Nagpur! 👏 👏

Don’t miss the LIVE coverage of the #INDvAUS match on @StarSportsIndia pic.twitter.com/omG6LcrkX8

Finch's appreciation stood out as he applauded the India pacer for his deadly yorker in his comeback game.

Speaking about the match, Finch's 31, followed by Matthew Wade's breathtaking 20-ball 43* laced with four boundaries and three sixes helped Australia set a mighty target of 91 runs in the second T20I of the three-match series which was reduced to an eight-over contest owing to wet outfield.

In response, India openers got the team off to a blazing start with Rohit Sharma and KL Rahul sticthing a 39-run stand in 17 balls before Adam Zampa's triple whammy reduced India to 4 down in quick time. Rohit however continued the momentum with his unbeaten 20-ball 46, laced with four boundaries and as many sixes before Dinesh Karthik gave the perfect finishing touch.

India won by six wickets in Nagpur and has now pushed for the decider in Hyderabad next week.