Shadab had a bad day on the field during the 2022 Asia Cup final, where he dropped two catches 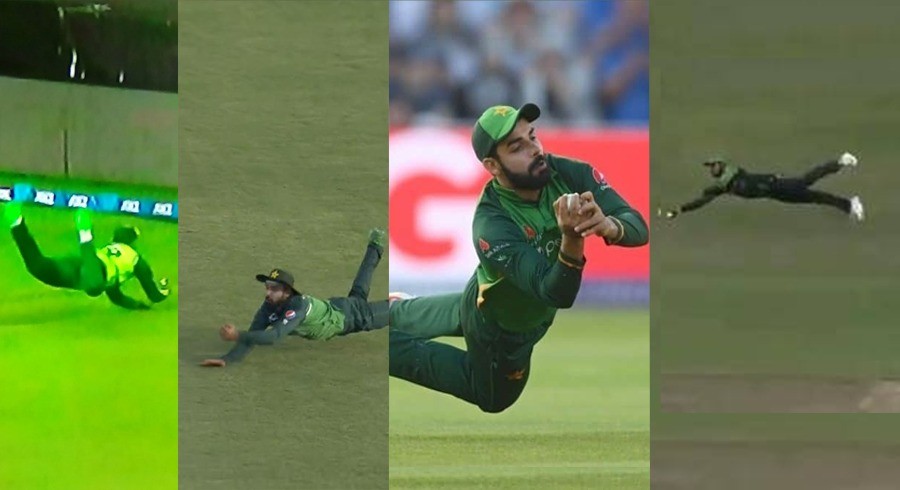 Shadab Khan is considered Pakistan's best fielder from the current lot, but the 23-year-old had a bad day on the field during the 2022 Asia Cup final.

Pakistan's vice-captain slipped while trying to save an overthrow in the 5th over of the Sri Lanka innings and the ball hit his head. He had to go off the field as his left ear was bleeding but was quickly back to complete his full quota of 4 overs with pretty good figures of 1 for 28.

His day worsened towards the latter half of Sri Lanka's innings. He dropped Bhanuka Rajapaksa off Haris Rauf's bowling in the 17th over when the left-hander was on 46.

In the next over, Shadab collided with Asif Ali while once again trying to take Rajapaka's catch and this time, the ball also went for a six.

After the match, Shadab Khan took to Twitter to take ‘full responsibility for 'letting his team down' by dropping the crucial catches of Rajapaksa.

Catches win matches. Sorry, I take responsibility for this loss. I let my team down. Positives for team, @iNaseemShah, @HarisRauf14, @mnawaz94 and the entire bowling attack was great. @iMRizwanPak fought hard. The entire team tried their best. Congratulations to Sri Lanka pic.twitter.com/7qPgAalzbt

Meanwhile, pacer Hasan Ali posted a video of Shadab Khan where the latter is taking superb catches and showing exemplary fielding during his five-year career.

It must be noted that Pakistan lost to Sri Lanka by 23 runs in the final of Asia Cup last night.