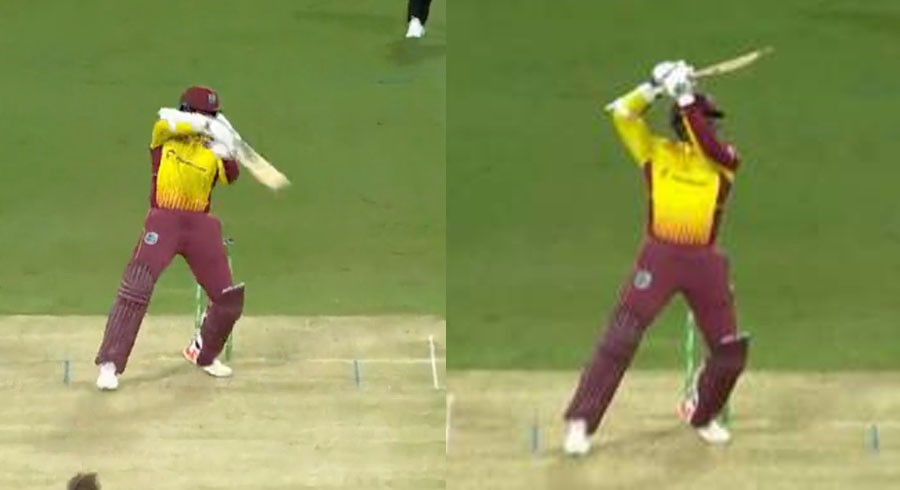 The southpaw produced a glorious hit on Wednesday hitting a mammoth 105-meter six off Cameron Green.

Bowling the fourth over of the West Indian innings, Green pitched it slightly short on the off but that was enough for Mayers to shift on the backfoot and punch it over the cover region.

Such was the power that the ball flew into the second tier of the stands.

Mayers was eventually dismissed on 39 by Pat Cummins.

Meanwhile, Australia skipper Aaron Finch won the toss and opted to bowl against the West Indies.

The defending T20 world champion Australians are coming off a 2-1 series loss in India but are back on home soil and have a full-strength bowling lineup.

The West Indies squad arrived in Australia this week in the wake of the Caribbean Premier League season, forced to make a late change to the squad when Shimron Hetmyer missed a scheduled flight and was replaced by Shamarh Brooks.

The West Indies will play two T20s against Australia this week and two unofficial warmup games in Melbourne next week before beginning the preliminary round of the T20 World Cup on Oct. 17 against Scotland in Hobart.