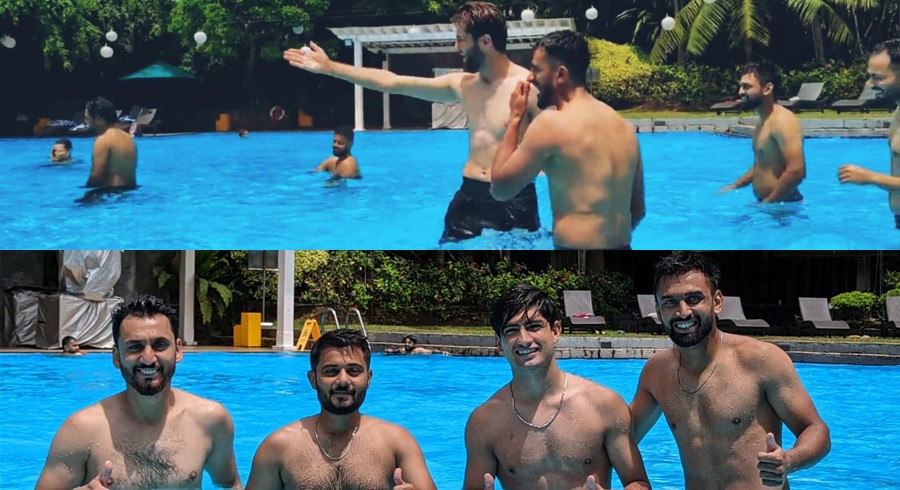 The Pakistan players, on the rest day, opted to hit the pool at the team hotel.

Pakistan men's side reached Colombo yesterday for the two-match Test series. Babar Azam and his men will start training from tomorrow.

Meanwhile, they opted to refresh themselves in the water and challenged each other by playing netball.

🇵🇰 players hit the pool at the team hotel before the training session.#SLvPAK | #BackTheBoysInGreen pic.twitter.com/dsfKy9EDhY

In the video released on PCB's platforms, Babar Azam, Shaheen Afridi, Mohammad Rizwan and other members can be seen cheering on getting points.

According to the program, after a day's rest, the team will start its training from tomorrow. The two-Test series between Pakistan and Sri Lanka will start on July 16.