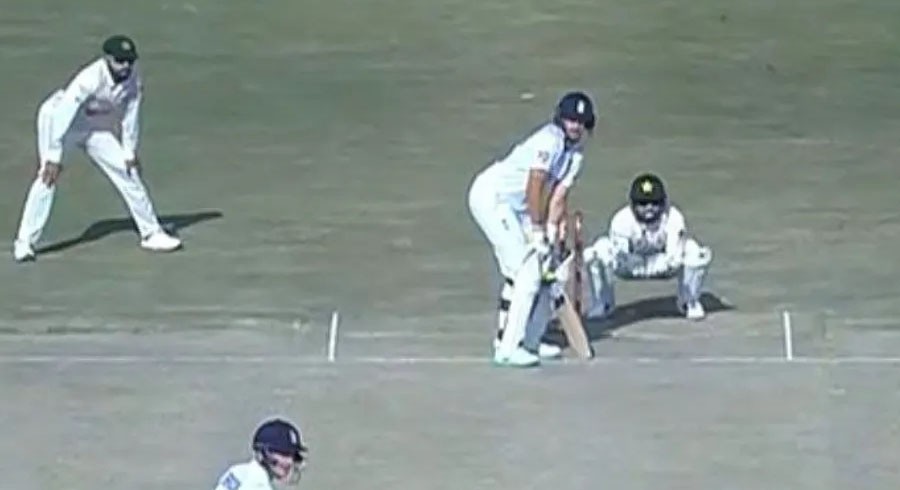 England batter Joe Root stunned the cricket world on Sunday when he took strike and batted left-handed during the first Test against Pakistan.

Root made the most of the batter-friendly conditions in Rawalpindi when he faced up left-handed to Zahid Mahmood for the first two deliveries of the Pakistan spinner's sixth over.

The former England skipper swept the first ball directly to the fielder at square leg, before he was dropped by Naseem Shah at mid-wicket on the ensuing delivery.

Root obviously took the hint as he quickly ditched the idea and played the remainder of his innings as he usually does as a right-hander and was ironically out sweeping Mahmood later in his innings.

Pakistan opener Imam-ul-Haq held on to the catch this time as Root was dismissed for 73 as England continued the aggressive approach they have displayed consistently throughout this first Test.