We plan to build a big partnership: Faheem Ashraf

Azam, who is unbeaten on 54*, will resume with Ashraf on 12* on Sunday 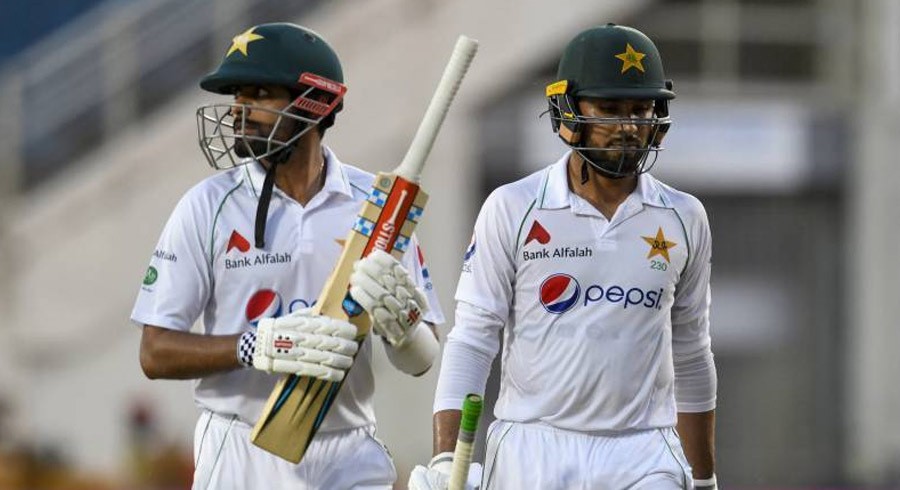 All-rounder Faheem Ashraf is keen to build a big partnership with his captain Babar Azam, inorder to extend Pakistan’s lead in the second innings against West Indies.

A patient unbeaten innings from captain Azam helped Pakistan overcome a lengthy rain interruption to build a 124-run lead over the West Indies, with five wickets in hand, as they reached 160-5 in their second innings on the third day of the first test at Sabina Park on Saturday. Azam, whose half century came off 117 balls, will resume with Ashraf (12 not out) on Sunday.

"Pitch conditions continue to change in Test cricket. Pitch is better as compared to the first two days and fast bowlers are getting assistance from the surface. West Indies' bowlers bowled really well and I alongside captain plan to spend maximum time on the crease," said Faheem Ashraf in a video released by PCB at the end of day three.

"It's not easy to bat in any fourth innings of the Test match. We will try to keep a positive state of mind and build a big partnership," he added.

Ashraf revealed that they were trying to survive in the last few overs of the third day, with light deteriorating quickly towards the end.

"In the last part of the final session, we were just trying to bat through the overs so we can come fresh on the next day. Captain told me to extend the partnership and my goal is to perform well as an all-rounder in the Test team," he said.