We will try to perform ‘beyond our capabilities’ at World Cup: Sarfaraz 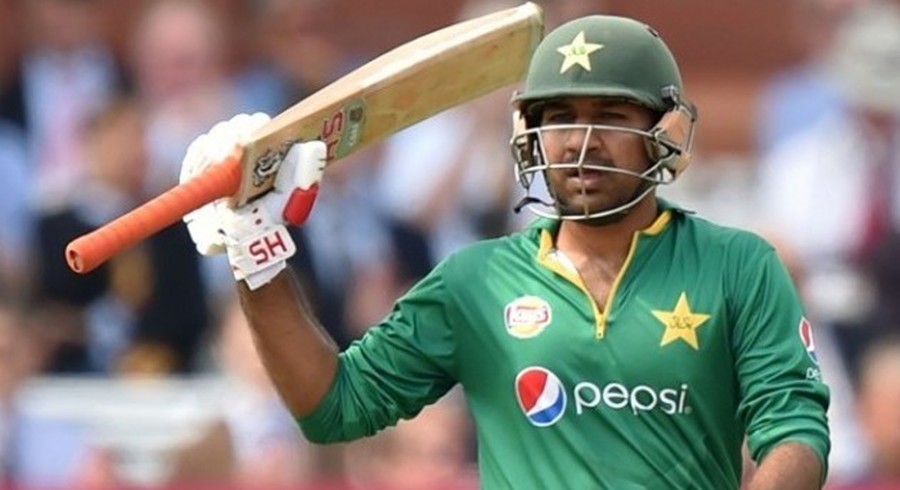 Pakistan captain Sarfaraz Ahmed has vowed that the Men in Green will give their all, during the upcoming International Cricket Council (ICC) World Cup in England and Wales.

The Pakistan skipper shared these thoughts while speaking during a press conference, after the arrival of World Cup trophy in Islamabad.

“What has happened has happened but what I would like to request the Pakistani nation to pray for us,” said Sarfaraz. “We will try to perform beyond our capabilities and try and do well in the World Cup.”

The wicketkeeper-batsman also said that couple of spots are still up for grabs, as far as squad for World Cup is concerned, and the scheduled fitness Tests, on April 15 and 16, will play a major role in determining that.

“When we sit with the selection committee after the fitness tests, there are two to three players we will need to make this side complete,” he said.

He also identified Pakistan’s key players, who are keen on putting up a good show, for the mega event.

“Our key players for the World Cup squad are Babar Azam, Fakhar Zaman, Mohammad Hafeez, Shoaib Malik, Shadab Khan, Hasan Ali and Shaheen Shah Afridi; these are the kinds of players, including myself, who can perform well for Pakistan in the World Cup,” he said. “All these players have been part of the side for the past are one and a quarter years and have all been busy working towards the World Cup.”

The 31-year-old also spoke about his relationship with Pakistan Head Coach Mickey Arthur.

“I have a very good relationship with Mickey Arthur and he tells me to focus more on the team and I will handle the rest,” he said. “Mickey comes to the forefront so that the team and captain can focus on their game. All outside pressures are tackled by Mickey, whilst I take care of issues inside the ground.”

Sarfaraz also spoke about the pressure that comes with captaining the side and especially an Asian one.

“It’s not easy being captain for any country, and especially so when talking about Asian sides,” he said. “In non-Asian sides, they will decide on who the captain is and what the pool of players is and then for a year or more no changes happen regardless of the result.”

He added: “You are in trouble in Asian sides as captain if you lose one or two series.”

He also appreciated the work of Pakistan Army in restoring peace and consequently sporting activities in the country.

“As you know cricket is a sport that is very popular in Pakistan, and in the past 3 years we have had top-quality cricket after an absence of 10 years for which I would like to thank the Chief of Army Staff whose hard work has made this possible,” he concluded.