The star all-rounder has been struggling with injuries and physical conditioning as previously, he also withdrew from PSL 7 due to injuries 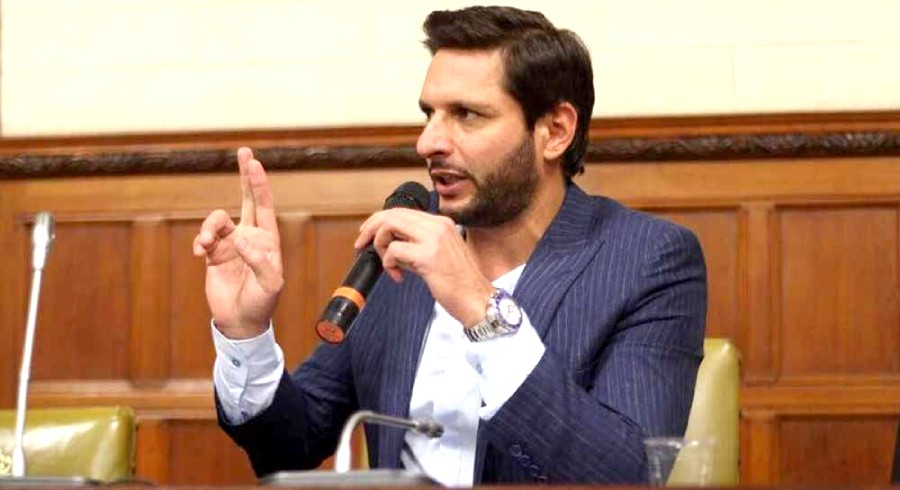 Pakistan cricket superstar Shahid Afridi has joined the Kashmir Premier League (KPL) franchise Jammu Janbaz for the second edition of the tournament, which is scheduled for August this year.

Shahid Afridi's last season in the Pakistan Super League (PSL) was cut short due to an injury as the all-rounder withdrew midway through the HBL PSL 7.

However, the fan-favorite cricketer is back in action as he will be representing Jammu Janbaz during the second edition of KPL.

Speaking about his injuries and physical condition, Afridi said:

"I can still play league cricket but doctors have advised surgery but I'm trying to recover back pain through exercise. I can't play complete Kashmir Premier League due to fitness but definitely will play a couple of matches representing Jammu Janbaz."

After joining the franchise, the all-rounder claimed that he does not need any farewell match as the support of the entire nation is enough for him.

"I don’t need a farewell for the retirement. The love of the people is too much for me," Afridi stated.

On the subject of recently announced central contracts, Afridi showed his disappointment and claimed that some players were left out.

"The PCB Central Contracts caused injustice to three to four players," he concluded.