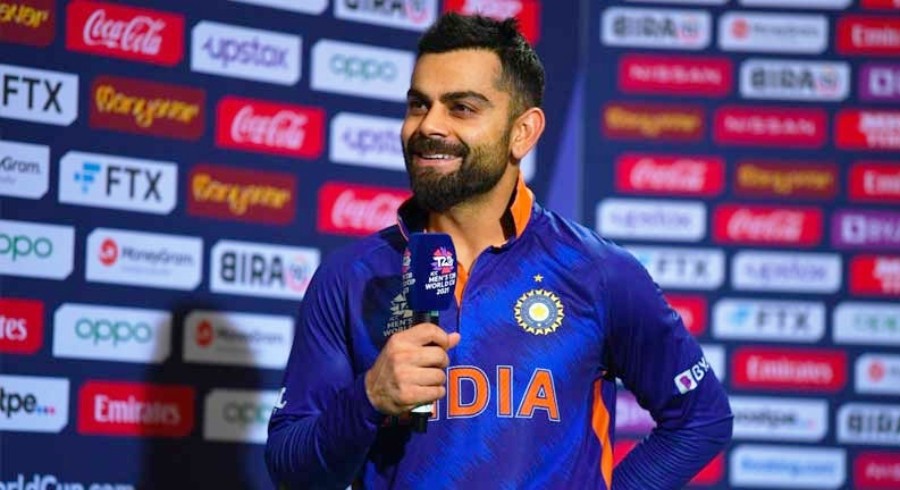 The Kashmir Premier League (KPL) president Arif Malik and former Pakistan wicket-keeper and Director of Operations Rashid Latif have both shown interest in inviting Virat Kohli to feature in the second edition of the tournament.

Aiming to improve the standards of the league, KPL recently appointed Rashid Latif as the KPL's Director of Cricket Operations.

"We should send an invitation [to Virat Kohli] but the decision to play lies with the player," said Latif while in communication with the local media group.

Addressing the invitation to Virat Kohli, the president of the KPL Arif Malik also voiced his opinion and said that Virat Kohli is welcome to appear as a chief guest if he chooses not to feature in the league as a player.

"It is up to Virat Kohli whether he wants to be a part of the second edition of Kashmir Premier League as a player or as a chief guest," said the KPL president.

"Along with KPL, cricket fans will also get to see a fantasy league in which teams from Muzaffarabad and Srinagar will be seen playing virtually with each other. We want to bring people of both sides together so that we can spread the message of peace," he added.

While answering a question regarding relations with different cricket boards, Latif added, "I also advised [Najam] Sethi to send invitations to all cricket boards including BCCI for PSL."

In the first campaign of the tournament, South African batter Herschelle Gibbs was the only foreign player who feature in KPL. He later pointed out BCCI for trying to prevent him along with other international players from participating in the event.

Talking about the importance of foreign players in the league, Rashid Latif said, "If we get good resources, we will try to put it to good use and organize a good tournament. We want people in Pakistan and outside Pakistan to enjoy the league."

The tournament is set to kick off on August 1 whereas the final of the KPL will be played on August 14.