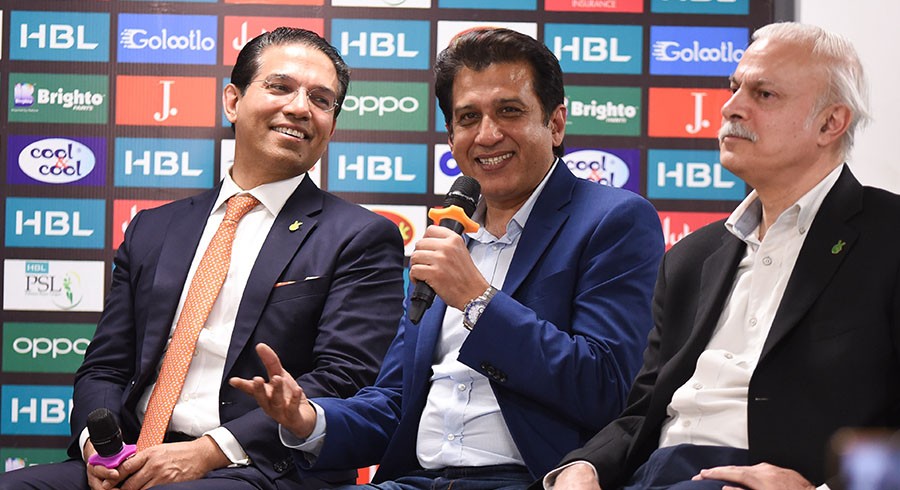 The Pakistan Cricket Board (PCB) has offered the final solution to address the HBL Pakistan Super League (PSL) franchises’ concerns through a revised financial model, according to sources.

The franchises have been given one week’s time to assess the model, proposed by the PCB Chairman Ramiz Raja after meetings with team owners and officials, and share their point of view.

The league’s financial model has been a major source of discord between the PCB and the franchises, over the years. The franchises claim that they have been suffering losses and the only way to make them better off is through a revised and more equitable financial model.

The disagreement over the model also led to the six franchises collectively filing a writ petition against the PCB, last year. However, later, the two parties decided to settle their outstanding issues out of court which is why the legal suit was disposed of by the Lahore High Court.

Previously, the PCB, led by former chairman Ehsan Mani and CEO Wasim Khan, and the franchises discussed various financial models but were unable to find a solution due to legal complications. In a bid to address the legal side of things, a judicial review was carried out by Justice (retd) Tassaduq Hussain Jillani. However, Jillani’s report was not shared with the franchises because PCB considers it as a confidential document.

The success of the proposed financial model will depend largely on the new broadcasting and title sponsorship deals for the league. Better deals will ensure an increase in central pool of revenue and consequently ease the burden on franchises.

Sources have also revealed that franchises want more favourable exchange rate terms, instead of using the current dollar rate, which currently stands at 172 and could fluctuate further, as it increases financial burden on the owners.

Some of the franchises have also suggested that the process of annual fees and income sharing should be stopped after the 10th edition of the league. After that, the franchises will focus on earning revenue from sponsorships and other streams of income.

Meanwhile, franchises get equal share from central pool of revenue despite differences in fees paid by each team.

It must be noted that the PCB has always maintained its stance that the franchises signed the agreement after reading the terms and conditions so they should be the ones responsible for assessing the gains and losses. On the other hand, the franchises state that they were given assurances by the former PCB Chairman Najam Sethi over the league’s profitability, when it returned to Pakistan, but that has not been the case so far.

Sources added that the franchises are also keen on avoiding confrontation with Raja and want to reach a mutually beneficial solution.