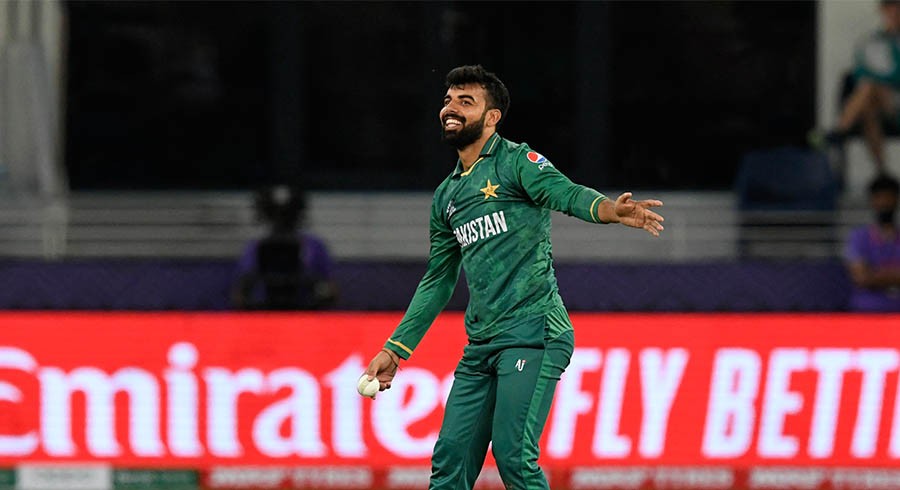 Pakistan limited-overs vice-captain Shadab Khan has not yet fully recovered from the fitness issues and the leg-spinner's participation in the first two ODIs against Australia is doubtful.

According to sources, the 23-year-old has got rid of the groin injury to a great extent but has not been able to get the match fitness. Team management is reluctant to field Shadab as it can cause more trouble to his injury. If he passes the fitness test, he can play the last ODI of the series.

Upon asking the Pakistan men's team manager about Shadab's injury, he replied that his injury status would be confirmed tomorrow.

Shadab suffered a groin injury while leading Islamabad United in season seven of the HBL Pakistan Super League (PSL). Asif Ali led United in his absence, however, he returned to lead the side in the second Eliminator against Lahore Qalandars.

Shadab played for Northern in the ongoing Pakistan Cup but he could only play two games where he took two wickets.

The selection committee have also announced leg-spinner Zahid Mahmood as the backup of Shadab while Zahid is also the replacement of Mohammad Nawaz, who was ruled out of the entire series due to a foot injury.

The first ODI between both sides starts on March 29.