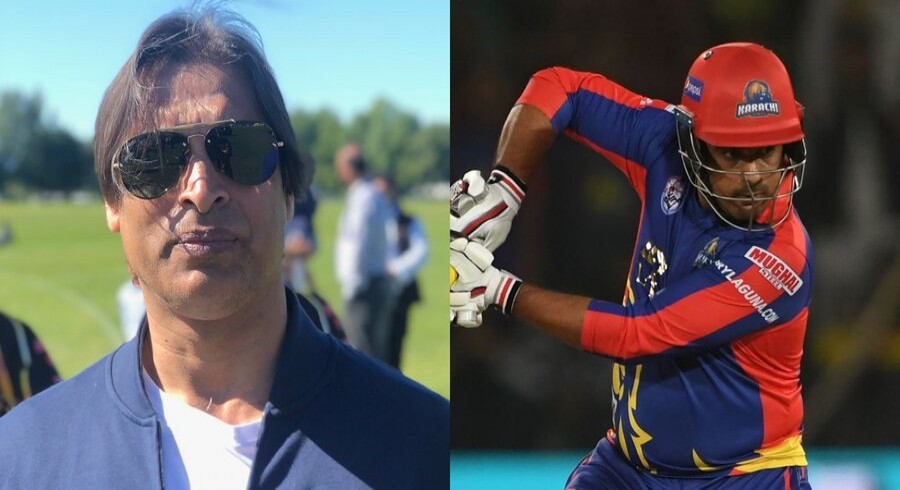 While speaking in his YouTube video, the former pacer advised the left-handed opener to get leaner in order to improve his fitness.

“Firstly, Sharjeel who harmed Pakistan cricket and himself, made a strong comeback and he performed fantastically. However, I need one more thing from him that’s fitness. If you will not be serious about your fitness, your chances of getting selected in the team are less,” said Akhtar.

“Take care of your fitness. Five years of great loss, and if Kamran Akmal and Sharjeel Khan would have been openers, the opening problem of Pakistan would have been solved. I expect better things from you and serve Pakistan to the best of your ability,” he added.

Akhtar was full of praise for Shadab Khan’s captaincy and lauded Islamabad United’s strategy of filling the batting line-up with all-rounders.

“Shadab’s captaincy was brilliant and even if the target would have been 210, United would have chased that down as they were playing superbly. Investment was done on Hussain Talat, Faheem Ashraf and they played well. We need these all-rounders in the future,” he said.

“The teams who will play with a deep batting lineup with good finishers are going to win the matches and this was shown by Iftikhar, Hussain Talat, and Asif Ali today. Faheem Ashraf also played a cameo. It will not work unless the fast bowlers take wickets,” he concluded.