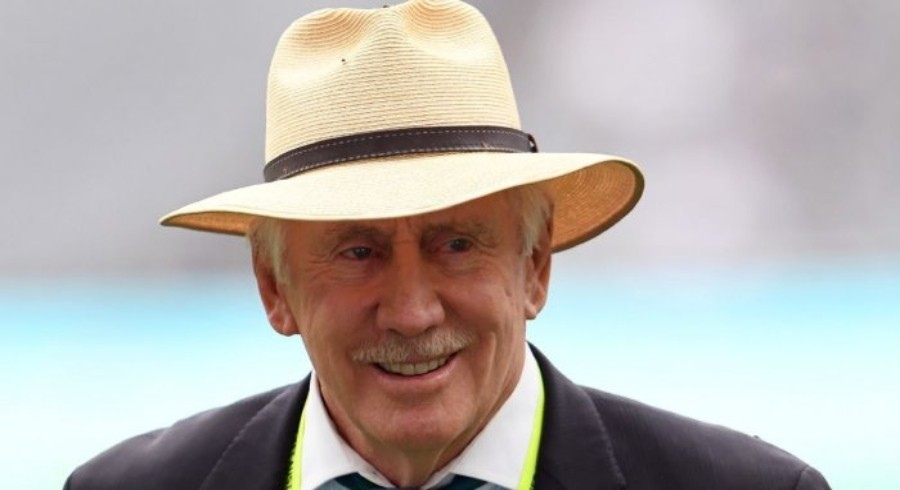 Former Australia captain Ian Chappell says some form of ball-tampering could be allowed in cricket, with saliva and sweat considered health risks due to the coronavirus crisis.

Bowlers regularly shine one side of the leather-clad ball to make the ball swing sideways in mid-flight and deceive the batsman.

But rubbing spit or sweat into the ball's surface is expressly forbidden under new Australian Institute of Sport guidelines that set out the conditions for the game to resume.

Chappell has previously suggested that international captains be asked to come up with a list of natural substances bowlers feel would help them swing the ball.

And, writing on the Cricinfo website, he said fans craved a genuine contest between bat and ball.

"From this list, the administrators should deem one method to be legal with all others being punishable as illegal," he wrote.

"With cricket on hold, this is the ideal time to conduct the exercise. Using saliva and perspiration are now seen as a health hazard, so bowlers require something to replace the traditional methods of shining the ball."

Australian ball manufacturer Kookaburra is developing a wax applicator that would allow bowlers to shine the ball.

The innovation involves using a sponge to apply small amounts of wax to the ball.

Current laws forbid the use of artificial substances to alter the ball, but there is a long history of tampering that goes well beyond bowlers spitting on the ball and rubbing it on their clothing.

Test players have been accused of using lozenges, petroleum jelly and resin to shine the ball, and also scuffing it with bottle tops, trouser zippers and grit.

The most notorious recent case was in 2018, when some Australian players attempted to alter the ball with sandpaper during a Test against South Africa in Cape Town, resulting in lengthy bans for those involved.

Chappell also said administrators should make a change to the leg-before-wicket (LBW) law in favour of bowlers.

"The new lbw law should simply say 'any delivery that strikes the pad without first hitting the bat and, in the umpire's opinion, would go on to hit the stumps is out regardless of whether or not a shot is attempted'," the former batsman wrote.

He added: "These law changes would help redress any imbalance and make the game, particularly Test cricket, a far more entertaining spectacle."