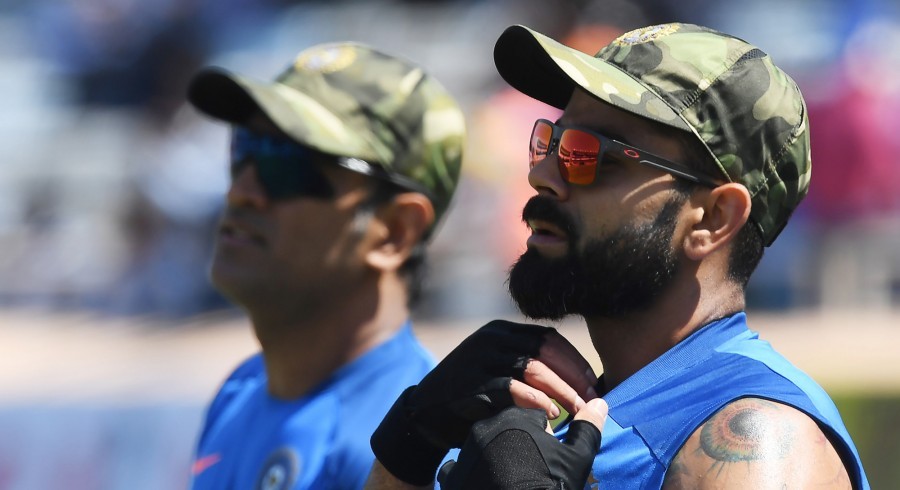 Animosity between Pakistan and India is not new. It's as old as the Partition itself. Pakistan's narrative has always been that sports and politics should be delinked, as mixing the two causes irreparable damage to both.

In the past few weeks, Pakistan's message along political and cricketing lines has been very loud and clear: peace is our motive and nothing else, and en route to the attainment of this goal, multiple gestures were made to ease the tensions in the region post Pulwama attack.

The return of Indian Air Force pilot, multiple reminders by Prime Minister Imran Khan of dialogue being the only way forward and messages of peace and an end to the war hysteria whipped up by the Indian media are some of the many steps that Pakistan took to ensure an end to the conflict.

And things seemed to have cooled down just well enough before the Indian cricket team donned camouflaged military caps, while playing the third ODI against Australia.

Many would say that it was in solidarity with the death of the soldiers in the Pulwama attack and the Indian team sought prior permission from the International Cricket Council (ICC), but one has to question the timing of the move and the message it sends across to the world from a playing field.

For perspective, England all-rounder Moeen Ali was penalised by the ICC for wearing 'Save Gaza' and 'Free Palestine' wristbands. He took clearance from his board, the England and Wales Cricket Board (ECB), but the world body overruled the decision.

ECB argued that the bands made a humanitarian statement rather than a political one, but ICC said in reply in 2014 that, "The ICC equipment and clothing regulations do not permit the display of messages that relate to political, religious or racial activities or causes during an international match. Moeen Ali was told by the match referee that while he is free to express his views on such causes away from the cricket field, he is not permitted to wear the wristbands on the field of play and warned not to wear the bands again during an international match."

Now if you dissect the message closely, ICC doesn't permit "display of messages that relate to political, religious or racial activities or causes during an international match", but the Indian team's gesture, which one can strongly argue had a political tone, was allowed to go through at a time when their army is trying to push Pakistan towards a conflict, and probably a war.

The match referee, David Boon, further stated that Moeen Ali is "free to express his view on such causes away from the cricket field", but ICC forgot to tell the Indian team just that and Virat Kohli-led team was allowed to materialise the controversial idea.

Questions in the past have been raised about India's monopoly over ICC since they have one of the biggest cricket fan-bases, but this move by the world body has probably turned the rumours into reality.

Federal Minister for Information and Broadcasting Chaudhary Fawad Hussain in a tweet stated that the move made by the Indian cricketers was "just not cricket" and he hoped that "ICC will take action for politicising the gentleman's game". He further warned that "if [the] Indian cricket team will not be stopped, Pak cricket team should wear black bands to remind the world about Indian atrocities in Kashmir."

He also urged the Pakistan Cricket Board "to lodge [a] formal protest".

All things considered, ICC deserves praise for shooting away India's request to "sever ties with countries from which terrorism emanates" where the BCCI was targeting Pakistan, but then allowing such a controversial gesture to go through, without any hindrance, in such tense times when both countries just moved a step back from probable full-scale conflict, will surely bring the world body and their policies under question.

The world is now watching everything more closely than ever; even the Indian writers are asking if "the Indian team [is] setting a dangerous precedent?" and "unwittingly making a 'political' statement". The ICC and the Indian team should ready their answers, because a lot of questions are going to be asked after this provocative move, not only from this side of the border, but also by the Indian thinkers and, eventually, the international media.