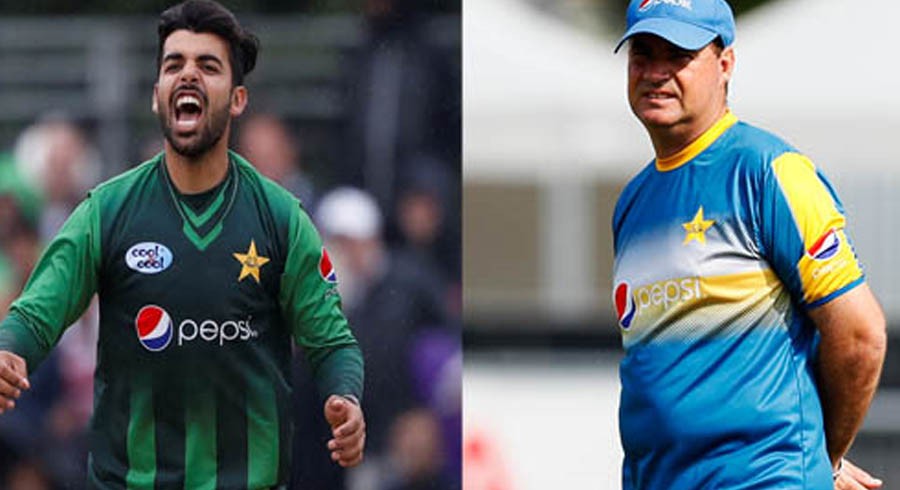 The Pakistan Head Coach Mickey Arthur has backed leg-spinner Shadab Khan to captain the side in the limited-overs format over the current skipper Sarfaraz Ahmed.

A lackluster display in the 2019 International Cricket Council (ICC) World Cup created significant backlash against the Pakistan cricket team. Reports from the cricket committee meeting, which happened on Friday, suggest that Arthur believes Shadab would be the ideal candidate to lead the Pakistan side in the future.

The head coach however did not suggest any names for the position of Test captain. Pakistan is scheduled to face Sri Lanka in a two-Test home series later this year. The names of several players such as Shan Masood, Azhar Ali and Asad Shafiq have come forward for the spot. However, the Pakistan Cricket Board (PCB) has not made any statements in this regard.

The position of head coach itself is under consideration. Arthur’s contract is set to expire on August 15. However an extension in his contract seems likely.

Arthur has also started applying for other jobs, such as coaching England and Sri Lanka. He is being considered as one of the leading contenders for the coaching spot in England.

He already has two big achievements to his name on English soil. The first was in 2008, when he coached a South African side to a Test series victory against the hosts England while he coached Pakistan to a maiden Champions Trophy title victory in 2017 as well.

According to sports reporter in Lahore, the former Chief Selector Inzamamul Haq, Arthur, and Captain Sarfaraz Ahmed were called one by one to the meeting. The committee inquired about the team performance and future goals of the team. According to sources the head coach faced many tough questions some of which were not answered definitively.