Pakistan on Monday were outdone by tall Australia pacer Billy Stanlake's pace and bounce as the Men in Green lost the second match of the tri-series by nine wickets.

In the tri-series' second match at Harare, Pakistan were asked to bat first by Australia as the latter won the toss and the former were able to score only 116.

Stanlake wreak havoc on Pakistan's top-order as he finished with a four-for in his four overs, giving away just eight runs.

Leg-spinner Shadab Khan was the top-scorer for Pakistan with his 29 off 25 balls courtesy one boundary and a maximum, while Faheem Ashraf contributed important 21 off 17.

Asif Ali was the only other batsman to make it into the 20s as all other Pakistan players found it hard to score.

Andrew Tye joined Stanlake in the wickets column with his three-for in 3.5 overs, but went for a hefty 38 runs.

In their chase, Australia faced no problems at all as captain Aaron Finch scored unbeaten 68 runs off 33 balls to guide his team past the finish line.

The only wicket was taken by Hasan Ali as he dismissed D'Arcy Short for 15.

Earlier Billy Stanlake romped through Pakistan top order with quick wickets, which left the Men in Green tottering at 24-4. He proved too hot to handle for the Pakistan batsmen as they failed to deal with the bounce and pace of the tall fast bowler.

He ended up with figures of 4 wickets for just 8 runs in his allotted four overs. These were the second best bowling figures for an Australian in T20Is.

Pakistan all-rounder Shoaib Malik—who became the first player in T20I to play 100 matches—was not able to contribute heavily to the team’s total, after a mix-up with Asif Ali led to him being run out. He scored 13 runs.

Asif Ali was cleaned up by Marcus Stoinis, after scoring 22 runs with the help of couple of sixes.

Shadab Khan and Faheem Ashraf combined to form a 31-run partnership for the seventh wicket but just when the duo threatened to go big, Ashraf was sent packing by Richardson.

Shadab Khan made a valuable contribution of 29 runs off 25 balls and ended up as the team's top scorer.

This was also Australia's first win with Justin Langer as coach.

Pakistan beat Zimbabwe in the opener of the series to set the pace right en route the tri-series silverware.

Player of the match Stanlake was pleased with his performance and the trust placed in him by his captain.

“We had a disappointing tour of the UK. Great for us to get a nice start in the series. My role is to be aggressive upfront and take wickets in the Powerplay and make it hard for the opposition to get on a roll,” said Stanlake. “Hopefully, we can build on this. With the early wickets, Finch kept going with me. First time I have bowled out in one go. Finch was terrific in the field and with the bat.”

Pakistan skipper Sarfraz feels losing too many wickets in the first few overs was the main reason behind their defeat.

“Toss is very important, if you lose too many wickets in first six overs, you can't survive in the match,” said Pakistan captain Sarfraz. “Credit to Stanlake, he bowled with pace and bounce. Plenty to work on.”

“The tone the bowlers set with the ball on a pretty good wicket was fantastic. We've come here to win the series. We've been putting in plans, it did not come off in England. It was a pretty polished performance here,” said Finch. “Richardson bounced back well and they just bowled aggressively and I hung onto some catches. At times, when you're chasing a small total, you try to break the game open.” 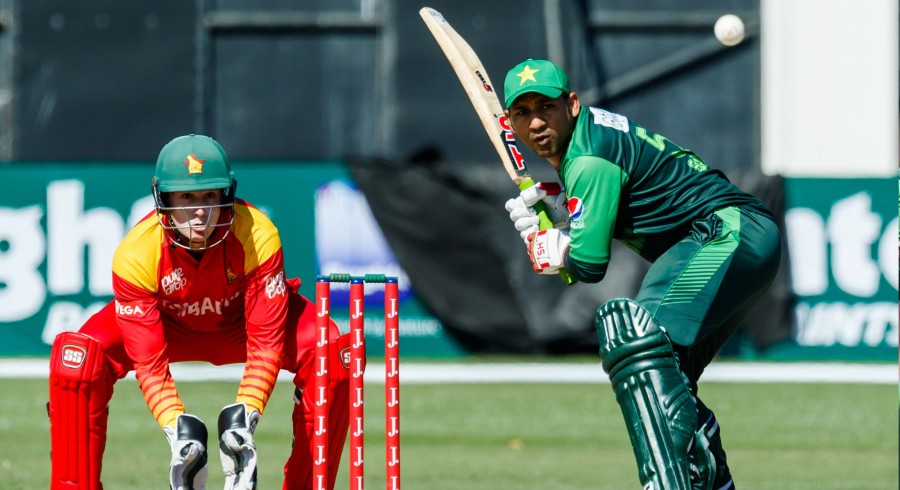