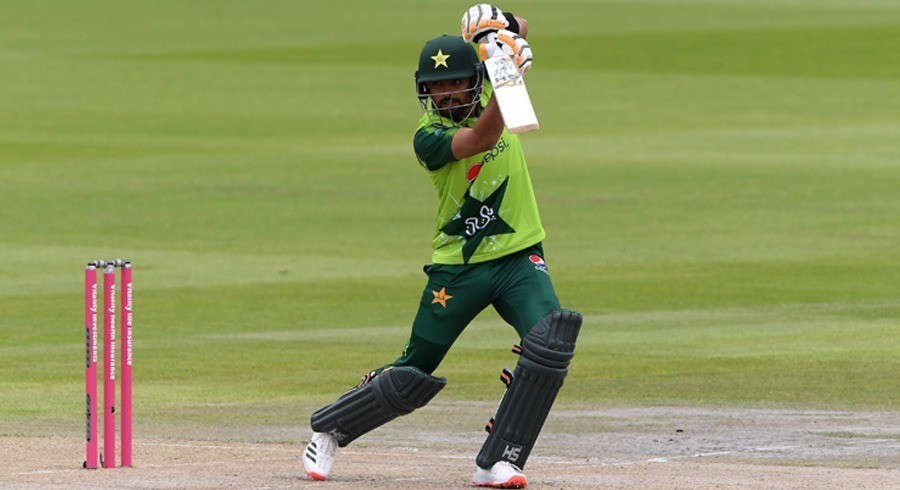 Pakistan’s all-format captain Babar Azam will aim to become the fastest and eleventh player overall to score 2000 T20I runs when his side takes on Zimbabwe in the three-match T20I series commencing from April 21 at the Harare Sports Club.

Babar, who last week was named number-one ranked player in the ICC ODI Rankings, needs 60 more runs to break India’s Virat Kohli record of fastest to 2000 T20I runs, which the Indian captain achieved in 56 innings. Babar who has scored 1940 runs at 48.50 in 49 innings, will be eyeing to achieve the feat in the first T20I against Zimbabwe on Wednesday.

The right-handed Lahore-born batsman is in sublime form these days, as he struck his maiden T20I hundred in Pakistan’s nine-wicket win over South Africa in the third T20I at SuperSport Park on 14 April. He was also awarded with player-of-the-series award for his 210 runs at 52.50 in the four-match series.

Babar’s captaincy has been on a constant improvement since last year series against Bangladesh. The men in green have won four T20I series (Bangladesh 2-0, Zimbabwe 3-0 and South Africa 2-1 at home and 3-1 away against South Africa) besides the 1-1 series draw against England, they are yet to lose a single T20I series.

On the ICC T20I rankings, Pakistan have gained two points after the series win against South Africa and have consolidated their fourth position with 262 points, with England on the top with 272 points, followed by India (270) and Australia (267).

If Pakistan win all three matches against Zimbabwe, they will gain one point and narrow the gap with third ranked Australia to four points. Winning the series 2-1, will still keep them to fourth position but will cost them two points and take them down to 260.

Losing the series 3-0 will demote Pakistan to fifth spot equal with New Zealand on 255 points each. On the contrary, if the hosts win the series or even a single match, they will climb one spot from 12th to 11th in the ICC rankings.

On the head to head chart, Pakistan have won all five bilateral T20I series against Zimbabwe. They have won all 14 T20I matches. Pakistan last visited Zimbabwe in July 2018, to feature in a tri-nation tournament involving Pakistan, Zimbabwe and Australia. Pakistan beat Australia by six wickets on 8 July at the Harare Sports Club to win the tournament.