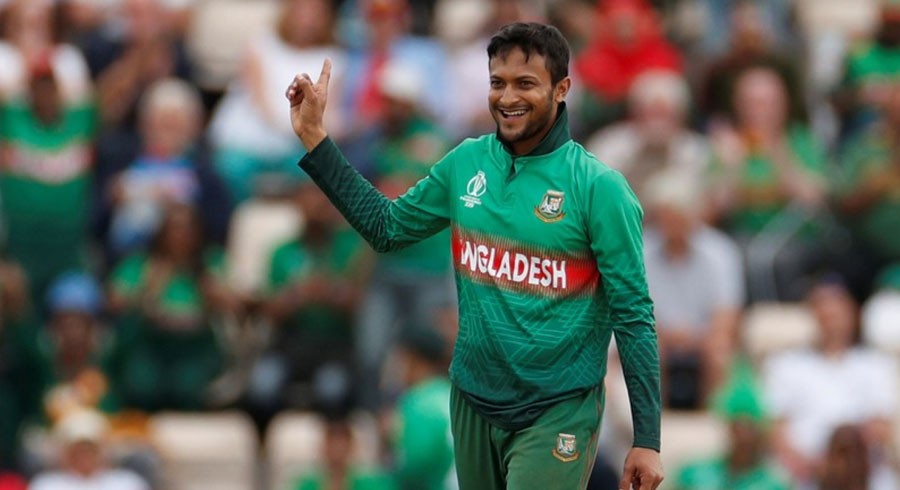 Former Bangladesh captain Shakibal Hasan, banned in October for failing to report a match-fixing attempt, raised almost $24,000 for the country's coronavirus campaign by auctioning the bat he used to score 606 runs at last year's World Cup.

The winning bidder at the online auction Wednesday was a New York-based Bangladeshi, said Arif R. Hossain, co-founder of an organisation established to raise funds for charity.

"It was our first initiative. We are really happy by the response," Hossain told AFP.

Shakib, once rated one of the best all-rounders in the game, was banned for two years last year for failing to report being approached by a match-fixing syndicate.

With one year of his ban suspended, he is due to resume international cricket in October 2020.

Hussain said the money raised would be given to a foundation started by Shakib Al Hasan, but gave no other details.

The auction came two days after more than 140 workers at a crab farm owned by Shakib staged a protest to complain about not being paid.

Revered in Bangladesh for his cricketing prowess, Shakib said he was not involved in the day-to-day operations of the farm but would take action.

"My co-owners and working partners failed to inform me properly of what was going on over the last few months," he said in a statement.