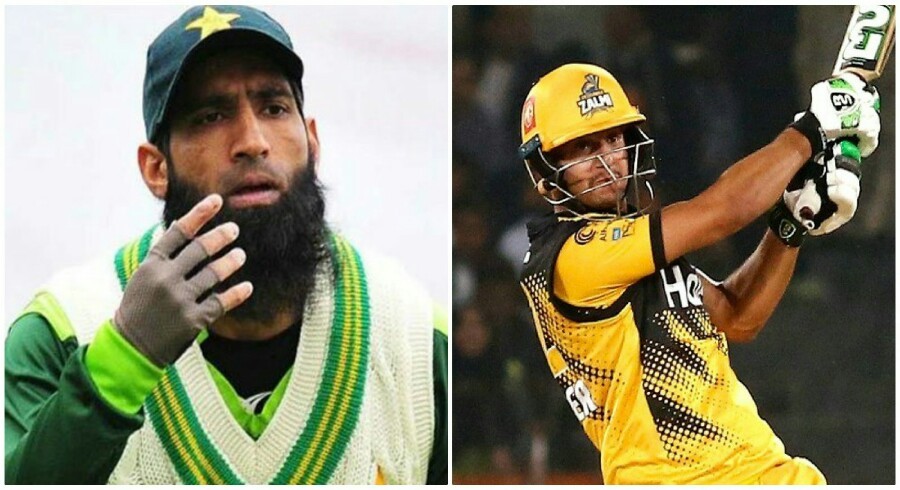 Former Pakistan cricketer Mohammad Yousaf wants the rookie batsman Haider Ali to improve his shot selection and not get carried away with his performance in the now-suspended fifth edition of Pakistan Super League (PSL).

People are calling for Haider’s inclusion in Pakistan’s T20I side after his impressive performance in the fifth season of PSL.  The right-handed batsman scored 239 runs in nine innings at an average of 29.87 and a strike-rate of 158.27.

While speaking in a YouTube video, Yousaf advised the 19-year-old to improve his technique in order to take his batting to another level.

“Haider Ali plays too many shots and needs better shot selection. If he wants to improve his overall game then he needs to work on his technique,” said Yousaf. “It is easy to slog as anyone can slog. You are either successful or miss out when you are trying to smash every ball out of the park.”

“Haider needs to follow the likes of Kohli, Smith and Babar Azam,” he said. “Look where Babar has reached in three years of international cricket. He is not a slogger but a proper player, who plays proper cricket. His strike rate is above 130 and his average is 50, which is why he is the number one Twenty20 (T20) player and top five in One-day Internationals (ODIs) and Tests.”

“When your technique is solid and your basics are correct, then you can perform in any format,” he added.

The 45-year-old also cited the example of left-hand opener Fakhar Zaman, who has been struggling with poor form recently.

“Criticising Fakhar Zaman’s technique when he scored a hundred against India in 2017 Champions Trophy final was like committing suicide. But even then, after Pakistan won Champions Trophy, I said it on live Television that if he doesn’t improve his technique then he will get stuck in future. Now look at him, he is stuck and is yet to show any improvement,” he said.

“I want to caution Haider Ali that you can play at a fast pace, but you need to improve your batting on a daily basis. Try to follow the example of proper players like Babar Azam. Please don’t become a falooda player or a slogger,” he concluded.