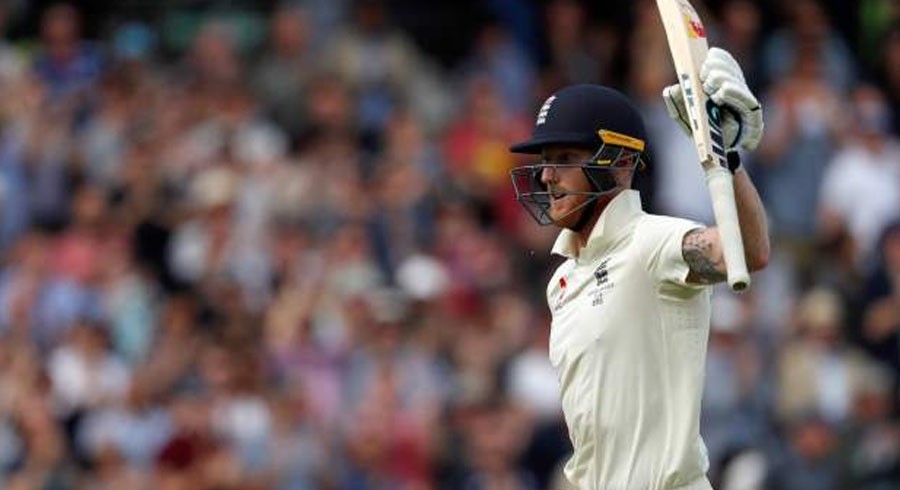 All-rounder Ben Stokes's astonishing match-winning performance in the third Ashes Test at Headingley upstages that of the legendary Ian Botham in 1981 at the same ground, according to former England captain Mike Brearley.

"It is hard to believe Stokes's could ever have been, or even ever will be, surpassed," wrote Botham's 1981 captain in The Times.

Both performances included stamina and skill with the ball as well as a monumental performance with the bat, each of them securing narrow wins for England in cricket's oldest rivalry.

Stokes's 135 not out on Sunday secured an highly unlikely one-wicket win over Australia — England required 73 when the last batsman Jack Leach came to the wicket — and followed a monumental 24-over bowling stint in the tourists' second innings during which he took three wickets.

Botham's performance in 1981 was equally heroic. In spite of taking six wickets in Australia's first innings and then scoring 50 in England's first dig, Botham came to crease a second time with the English following on.

His unbeaten 149 transformed the outcome of the Test, setting the stage for Bob Willis to write his name into folklore with eight wickets in the Australians' second innings as England sealed a remarkable 18-run win.

Brearley likens Stokes, Botham and another celebrated all-rounder Freddie Flintoff, who was the star of the England's 2005 Ashes victory, to "the finest specimen of the thoroughbred old English yeomen."

"Vivid though the images from the distant past are, mental pictures of rampaging bowling and batting by all three iconic all-rounders, it is difficult now to remove from the front of my mind the shock, the exhilaration, of the recent: the sheer improbability of Stokes's performance at Headingley last week," wrote Brearley.

Brearley, regarded as one of England's finest captains, said the trio rode their luck at times.

"I like the story of the man who kept complaining to God about his bad luck in life; why would God not at least let him win the lottery?

"Fed up at last with these endless complaints, God barked down from the sky: 'Do me a favour, at least buy a ticket.'

"Stokes, Botham and Flintoff all did rather more than buy tickets. By their courage, skill, conviction and genius, they earned their luck."

Brearley, who is now a respected psychoanalyst, said there were similarities between Botham's Headingley innings and that of Stokes.

"In a way, Botham's 149 not out against Australia at Headingley in 1981 started where Stokes's 135 not out left off, with outrageous rusticity and defiance, in the quest for an apparently unreachable target.

"Echoes of the village green on the respectable arena of Headingley."

Brearley, who won 17 and lost just four of his 31 Tests in charge of England, said all three players would be people "to go into combat with".

The 77-year-old also credits the England and Wales Cricket Board (ECB) for bringing Stokes back despite protestations from some after he was found not guilty of affray in a court case last year.

"Some followers of the game were minded to exclude him as a bad influence on the young," wrote Brearley.

"It is to the credit of the ECB, and in the spirit of cricket, that they gave him a second chance."