Check your stats first: Kaneria hits back at Iqbal over Lara sledge

Former Pakistan cricketers were involved in an awkward Twitter exchange 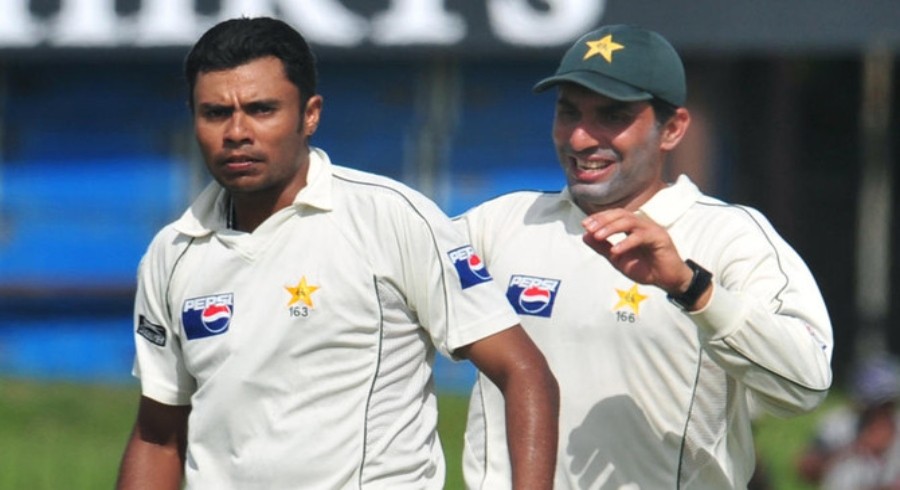 Pakistan’s former leg-spinner Danish Kaneria, who is currently serving a life-ban for his role in a spot-fixing incident in England, hit back at former batsman Faisal Iqbal after the latter mocked Kaneria, in a tweet that referenced an encounter with West Indies’ legendary former batsman Brian Lara.

Kaneria asked Iqbal to check his own international statistics while prompting him to also mention the matches that were won because of the leg-spinner’s performances.

“Look who is talking about cricket. Please check your stats first. Also mention other matches that I have won. By the way, Brian Lara was a legendary cricketer. I respect him a lot,” Kaneria tweeted.

Earlier, former batsman Faisal Iqbal took a dig at Kaneria while tweeting about a video of the legendary former batsman Brian Lara in which the batsman hit the leg-spinner for four consecutive boundaries in an over.

“I still remember this match as a 12th man and was just watching the sixes going in the stands during his double hundred. Definitely a dumb a** sledge by Kaneria to the king, Brian Lara and then later Kaneria himself got scared,” Iqbal tweeted.

Iqbal then went on to add more insults in another tweet targeted towards the life-ban of Kaneria.

"A Message for all above. You sell your country, sell your soul, lie for six years, play religious card 24/7, try to get a fake sympathy, speak the truth after taking more black money on tv abroad (greedy). Get some life. Proud 12th man,” he tweeted.

Lahore, Karachi may host T20I series between Pakistan and England