Tournament is scheduled to begin on April 2 in Rawalpindi 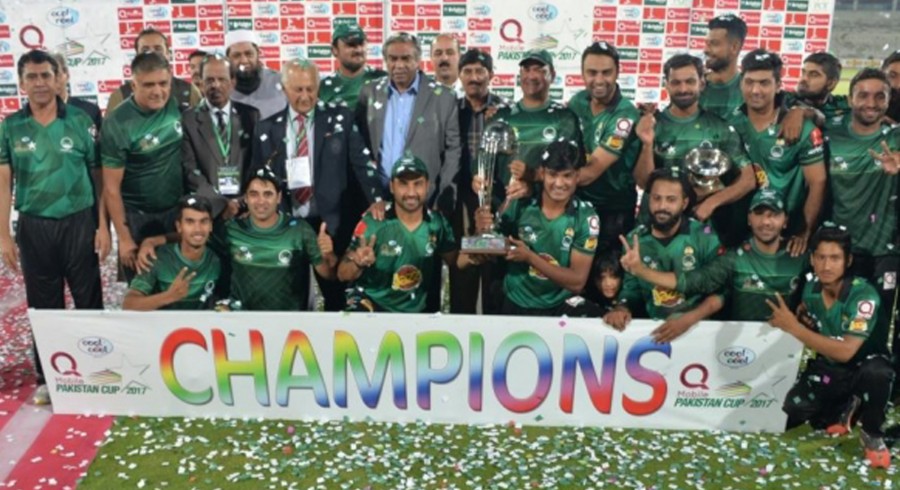 Federal Areas cricket team will aim to complete a hat-trick of Pakistan Cup titles, during the upcoming tournament in Rawapindi.

The defending champions will be joined by the four provincial sides in the 50-over tournament, which is scheduled to begin on April 2 and concluded on 12th of the same month.

Federal Areas, who will be led by Pakistan wicketkeeper-batsman Mohammad Rizwan, played under the name of Islamabad in the inaugural edition and failed to finish in the top two sides.

However, under a new name, they bounced back in style in the 2017 final when they chased down a 324-run target to beat Balochistan by one wicket on the final delivery of the match.

Last year in the Faisalabad final, Federal Areas comfortably beat Khyber Pakhtunkhwa by five wickets when they achieved the 253-run target with five wickets and nine overs to spare.

This year, Federal Areas will open their title defence on the second day of the tournament on Wednesday, April 3, against Khyber Pakhtunkhwa — which will be captained by Salman Butt.

The opening fixture will be between Punjab and Balochistan, which will be captained by wicketkeeper-batsman Kamran Akmal and middle-order batsman Asad Shafiq, respectively.

Sindh is the other side in the tournament, which will be led by former Test fast-bowler Umar Gul.

The five sides have been chosen by the national selection committee, which is headed by Inzamamul Haq. Players who have been playing regular and consistent cricket for the Pakistan cricket team have not been included as part of the selectors’ policy of providing them sufficient rest prior to the all-important ICC Cricket World Cup 2019.

With the 15-player squad for the World Cup to be announced after the Pakistan Cup, the Pakistan Cup provides another opportunity to the cricketers to stake a claim for a place in the biggest cricket spectacle on the planet.

“We have always selected players on their performances in domestic cricket. If there are any extraordinary performances on positions which are up for grabs, then those top performers will definitely be considered,” Inzamam said.

He added: “The purpose of announcing the World Cup squad after the Pakistan Cup is to give value and importance to this tournament in which all the top performers below the national team players are playing and they deserve to be given equal and fair opportunity before the national side is finalised and announced.”