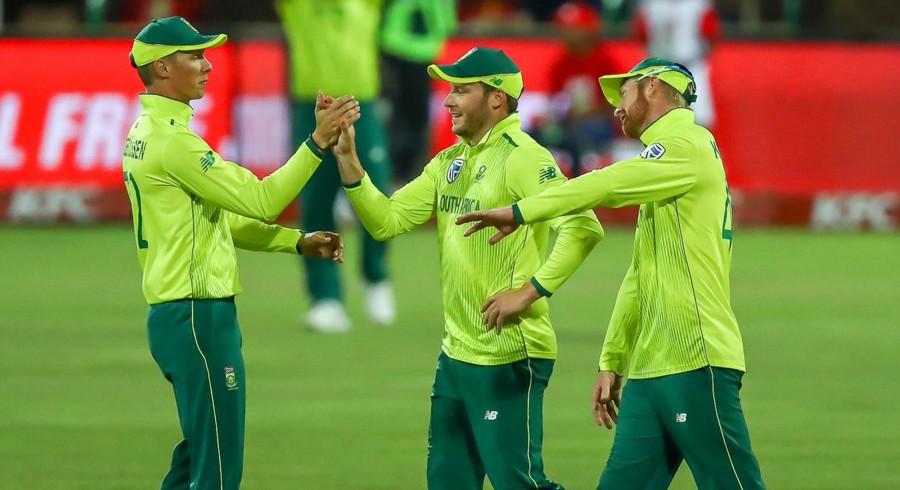 Brilliant batting performance from Faf du Plessis, Reeza Handricks and outstanding fielding from David Miller was enough for South Africa to register a nail-biting six-run win against Pakistan in the first T20I of the three-match series in Cape Town on Friday.

After being put into bat first, the home side posted more than competitive total of 192 for six in their allotted 20 overs.

Star of the show for the Proteas was captain Du Plessis and Handricks, who scored 78, 74 off 45 and 41 balls respectively.

For Pakistan, left-arm pacer Usman Khan Shinwari was the pick of the bowlers as he claimed figures of three for 31.

In reply, the Men in showed great fight but ultimately fell six runs short and managed to score 186 for the loss of nine wickets.

Captain Shoaib Malik finished the innings with the top score of 49 off just 31 balls with the help of five fours and one six.

However, the real star for the home side in the field was Miller, who claimed four catches and was also involved in two run outs.