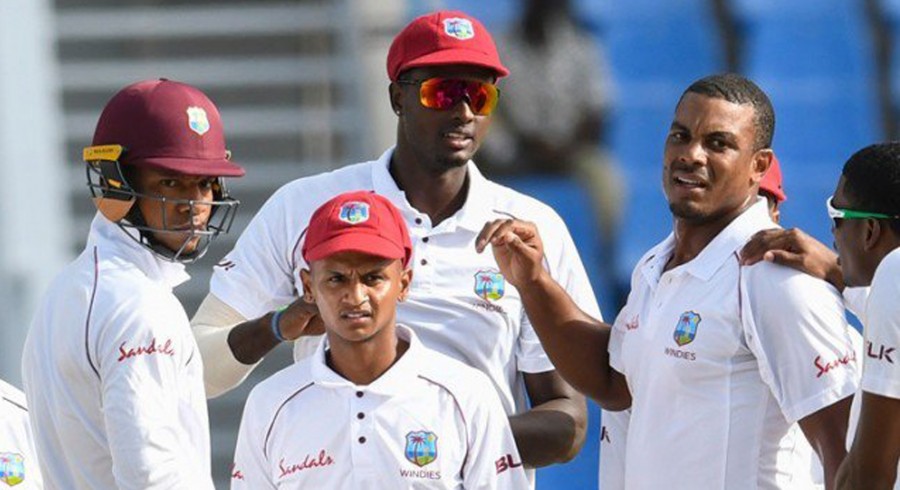 Bangladesh were sliding towards a massive innings defeat after the West Indies completely dominated the second day of the first Test match at the Sir Vivian Richards Stadium in Antigua on Thursday.

After Kraigg Brathwaite’s seventh Test hundred anchored the West Indies first innings total of 406 to give the home side a first innings lead of 363, Shannon Gabriel compensated for a wicketless effort on the opening day with figures of four for 36 to reduce the visitors to 62 for six in their second turn at the crease by the close of play.

Routed for just 43, their lowest-ever Test innings total, in the first innings, the Bangladeshis still need another 301 runs just to make the West Indies bat again going into day three.

That looks an impossible prospect in conditions which are completely alien to them and in which the home side’s quartet of fast bowlers has revelled.

But for a no-ball delivered by Miguel Cummins in the last over of the day when he could have claimed the wicket of Mahmudullah, the West Indies would have had the option of requesting an additional half-hour at the end of the day to finish off the match.

It leaves Mahmudullah to resume on the third morning with wicketkeeper-batsman Nurul Hasan, although it will be merely delaying the inevitable given the struggles of the Bangladeshis in coping with the pace and bounce of their West Indian opponents in seamer-friendly conditions.

Jason Holder took the other two wickets, sharing the new ball with the fiery Gabriel in the absence of Kemar Roach, who initiated the demolition of the Bangladesh first innings with outstanding figures of five for eight but was troubled by what appeared to be a muscular strain at the back of his right knee during that effort.

He showed no discomfort though in an innings of 33 and a partnership of 58 with Shai Hope for the eighth wicket.

However the bulk of the batting effort for the West Indies was provided by the erstwhile Brathwaite, who occupied the crease for over seven hours – from before lunch on day one to just after lunch on day two — in compiling 121.

Resuming at the overnight position of 201 for two with Brathwaite and nightwatchman Devendra Bishoo at the crease, they suffered a mini-collapse in early afternoon when losing three wickets for 16 runs.

That was the only period in the Test match so far when the Bangladeshis appeared to be holding any sort of initiative as spinners Mehidy Hasan and Shakib al Hasan posed significant challenges.

However Hope showed his class in an innings of 67 and by the time he was ninth out with the score at 400, the only question was whether or not the West Indies could have been as ruthless as in the first innings to finish the match inside two days.

Gabriel’s raw pace was too hot to handle for the Bangladesh top-order as he claimed the prized scalps of Tamim Iqbal, Mominul Haque, Mushfiqur Rahim and captain Shakib al Hasan to lift his tally of Test wickets in this Caribbean season to 24 in four matches. 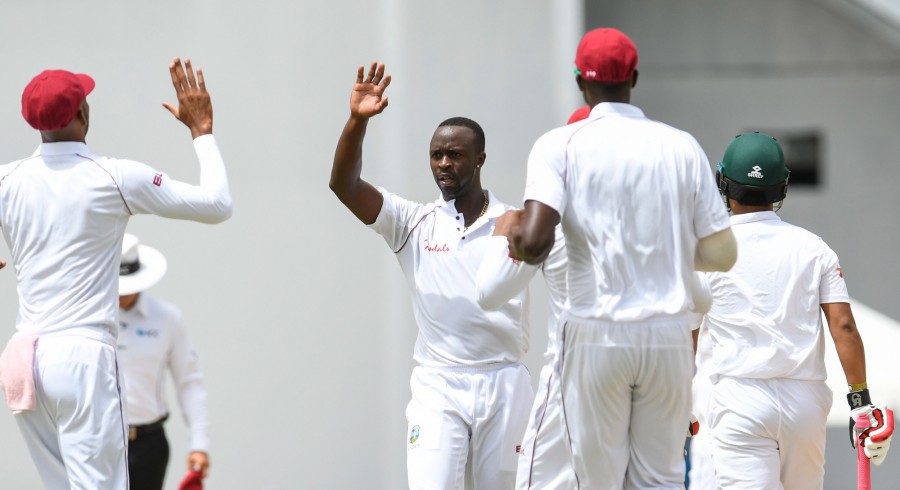