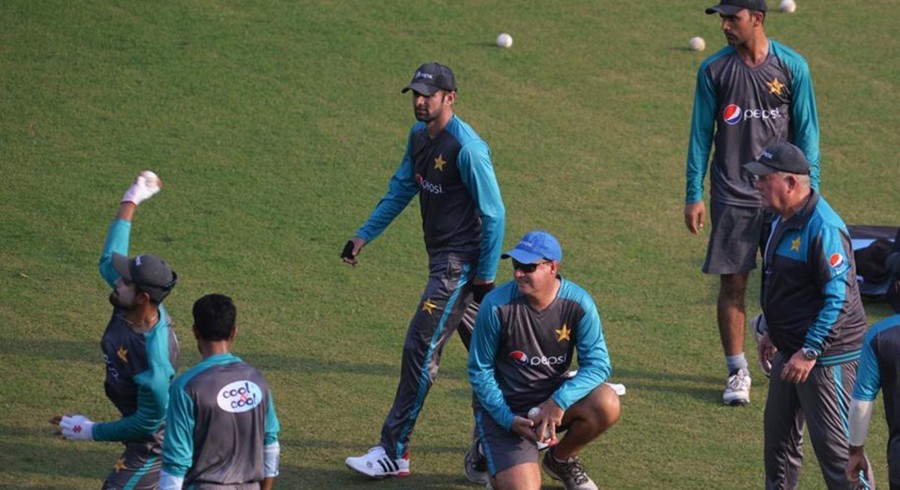 Pakistan captain Sarfaraz Ahmed is expected to report at NCA today, however, his fitness test will be conducted on April 15.

The Pakistan Cricket Board (PCB) had announced April 15 and 16 as the dates for fitness tests. However, some cricketers have already appeared in their fitness tests. These cricketers include batsmen Babar Azam and Haris Sohail, pacers Shaheen Shah Afridi, Mohammad Hasnain and Mohammad Abbas, all-rounders Faheem Ashraf and Shadab Khan and opener Abid Ali.

The benchmark for these tests is 17.4. Hence, any cricketer who has failed to reach that standard till now, can appear in the test again on April 15.

So far Ali and Hasnain are the only cricketers that have failed to reach that fitness standard and will now appear again on Saturday.

This fitness test is also extremely important for left-arm pacer Mohammad Amir. According to sources, Amir has been going through extensive training in order to be fit and get his bowling rhythm back. Arthur and Bowling Coach Azhar Mahmood have been unimpressed with Amir’s performance off late.

Amir has been going through a dry spell in terms of wickets. Pacer has picked only 5 wickets in his last 14 one-day Internationals (ODI) for Pakistan.

Mohammad Amir was dropped after the first ODI against Australia in which he went for 59 runs in 9 overs and remained wicket less again. However the pacer is still confident that he will be able to regain his form and is gearing up for the England tour and the World Cup.

According to head coach’s plan, Pakistan will pick five fast- bowlers in their World Cup squad. Pacers Afridi, Ashraf, Hasan Ali and Usman Khan Shinwari have already booked their place in the squad, while Amir, Hasnain, Abbas and left-arm pacer Junaid Khan are fighting for the final spot.