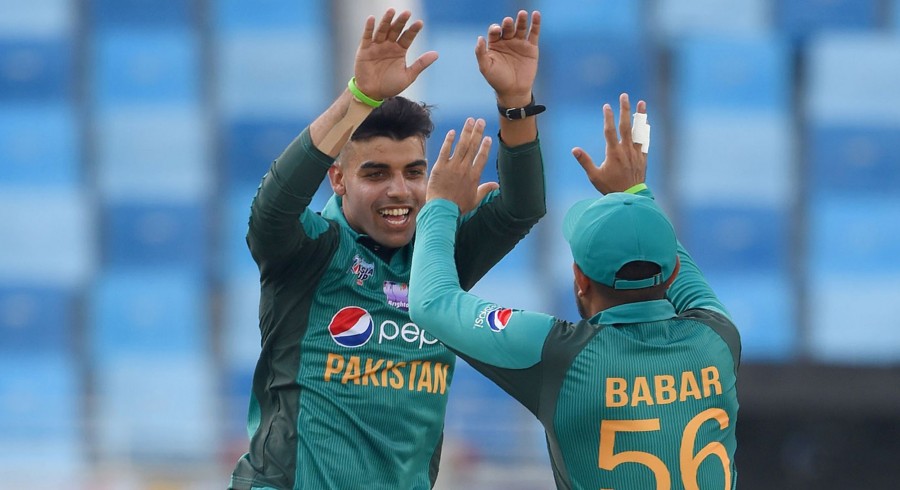 Pakistan leg-spinner Shadab Khan has been ruled out of upcoming tour of England, after a medical report confirmed that he was suffering from a virus.

Leg-spinner Yasir Shah, who has played 24 ODIs and two T20I matches for Pakistan, will replace Khan in the squad for England tour.

The Pakistan Cricket Board (PCB) said in a press release: “Shadab Khan has been ruled out of the series against England after tests revealed a virus that will require treatment and rest for, at least, four weeks.”

“The deadline to make changes to our World Cup squad is at least another five to six weeks away,” said Inzamam. “Hopefully, by that time, everything will be better, and the player can return to the squad.”

The series against England, comprising a T20I and five ODIs, will be played from May 5-19.

The PCB will now set-up Khan’s appointment with specialists in England to help him fully recover before Pakistan’s ICC Men’s Cricket World Cup 2019 opener against the Windies on 31 May at Trent Bridge.

Details about the 20-year-old’s replacement will be announced in due course.

The selectors have already included middle-order batsman Asif Ali and pacer Mohammad Amir as additional players to the 15-player World Cup squad. Pakistan, like any other participating side, has the flexibility to make changes to their World Cup squad until 23 May.

The Mianwali-born burst onto the scene during the Habib Bank Limited (HBL) Pakistan Super League 2017, courtesy some brilliant performances with the ball, and made his debut, during the T20I series against West Indies, soon after the conclusion of the event.

Since then Khan has not looked back as his international career went from strength to strength. Over the course of his brief career, Khan has played in five Tests, 34 ODIs and 32 T20Is for the national side — claiming a total of more than 100 wickets.

Although Khan managed to get just four wickets during Pakistan’s triumphant ICC Champions Trophy campaign in 2017 but it was his confidence against India that stole the limelight. He promptly convinced skipper Sarfaraz Ahmed to take a review, after he trapped batsman Yuvraj Singh in front of the wicket.

Earlier Khan had revealed, during a media talk at the Gaddafi Stadium in Lahore on Saturday, that Prime Minister Imran Khan had termed him as the team’s trump card, during his meeting with Pakistan’s 2019 World Cup squad at Bani Gala on Friday, April 19.

“Prime Minister called me team’s trump card which felt great for my confidence,” said Shadab. “I understand my role in the side and will try to put up a good show in the World Cup.”

The Men in Green will leave for England on Tuesday, April 23.