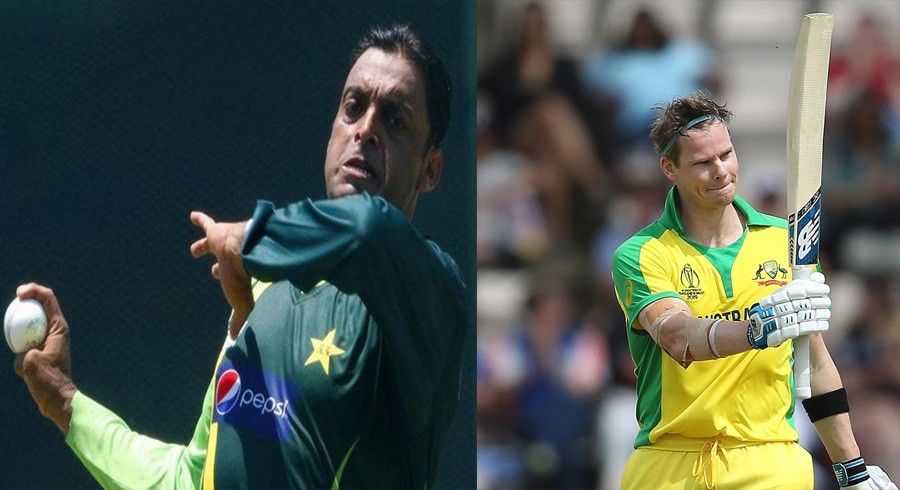 The Rawalpindi Express, while responding to a tweet that featured head-to-head battles, claimed that it would merely take four balls for him to dismiss Smith.

"Even today, 3 hurting bouncers and I can dismiss Steve Smith on the 4th ball. Lol," Akhtar tweeted.

Even today, 3 hurting bouncers and i can dismiss @stevesmith49 on the 4th ball. Lol https://t.co/6vvmrfFHNK

The official ICC account trolled the former pacer in a subtle manner. The account tweeted three pictures. In the first picture Basketball legend, Michael Jordan looks down to something. In the next picture, it is revealed as Akhtar’s tweet. The third picture shows the legendary basketball player laughing.