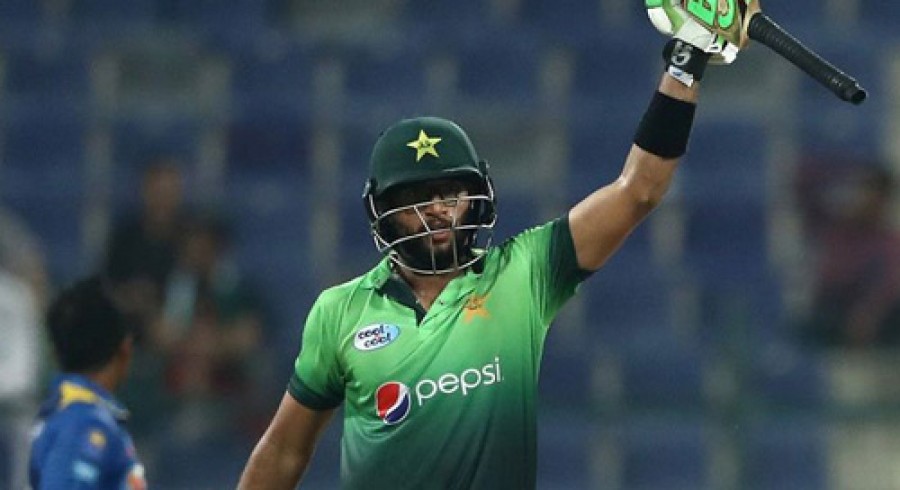 Pakistan batsman Imamul Haq, who is set to mark his Test debut for Pakistan against Ireland, has certainly drawn a lot of controversy especially since he is the nephew of former Pakistan captain and current chief selector Inzamamul Haq.

Yet, despite all the fingers pointed at him, the 22-year-old has silenced his critics well with impressive knocks — 61 against Kent and 59* against Northamptonshire, which also includes a century on his ODI debut against Sri Lanka.

And for Imam, donning the Pakistan shirt for his first-ever Test match for the country is a ‘dream come true’.

"It's a very proud feeling,” he said. “Obviously it will be my first Test match, my first pressure match. I will be very nervous, I won't lie — that's what we play for, that's my dream since I grew up, to play Test cricket for your country. I didn't think I would play my first Test match in Ireland, so it's different but as a sportsman you have to be ready for everything.”

Pakistan currently rank seventh in the International Cricket Council (ICC) Test rankings, however, they, at one point, reached the top of the rankings under former captain Misbahul Haq’s leadership.

And Imam knows the pressure is there on the young players to fill Misbah and Younus Khan’s boots.

"Everybody knows that Misbah and Younus have just retired and our young guys have to do a lot of work. It's always good to come and prove a point, and we're looking forward to this series. I have been scoring runs in the two four-day matches and that gives me confidence. I'm very hopeful that I'll do well in this series,” he said.

When Pakistan take to the field on Friday, it will not only be Imam who will be making a Test debut as Ireland will also be the ones to don the Test kit for the very first time and it is a momentous occasion for them.

And Imam understands all too well that Ireland cannot be taken lightly, especially after how the minnows upset Pakistan in the famous World Cup win in 2007 in Sabina Park.

"I remember that match, it was a very big day for Ireland cricket and a very sad day for Pakistan," said Imam. "But in sport, these things happen. On the same day, India lost as well against Bangladesh, so we were happy. Jokes apart, it was a sad day for Pakistan as a nation, so hopefully we'll get our own back by winning the Test. They are playing their first Test match, so we want to wish them good luck; it's very good for Irish cricket. We hope they will play good and be a very good side in future."