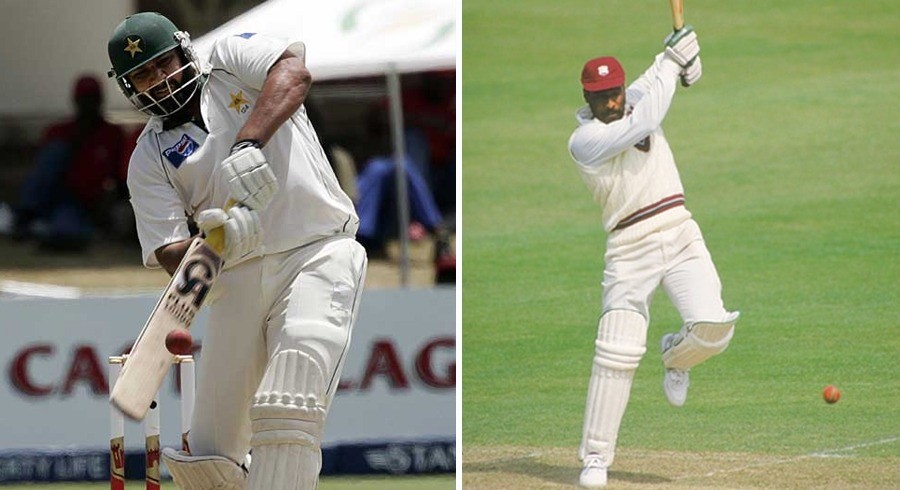 Pakistan’s legendary former batsman Inzamamul Haq, in a YouTube video on Wednesday, opened up on the ‘longest six’ challenge between him and West Indies’ batting great Sir Vivian Richards.

The 50-year-old also revealed that even after retirement, Viv Richards had an aggression that was head and shoulders above the rest.

“I was once batting with the legendary Sir Vivian Richards. He came over to me and asked me if I wanted to check who could hit the biggest six between us. I smiled and said sure. I thought he is a retired player and I was quite young at the time while I had faith in myself," said Inzamam.

"In the first over he hit a six, which landed in the parking region outside the ground. Then I hit a six, which went above the dressing room and went further than Richard’s six. I happily told him that I had hit a bigger six. He simply replied that they weren’t out yet, we are still playing," he added.

"In the third over, Viv Richards hit a six that went above the dressing room and into the house behind. He didn’t just hit one. He hit three massive sixes into the nearby houses. He was just that kind of a player. He played at this level even after retirement. He was such a great player. I think the players will be learning so much since he is mentoring the Quetta Gladiators side,” Inzamam further stated.

Inzamam was also saddened by the post-retirement efforts of several legendary former cricketers, who could have done more to groom the next generation of cricketers.

“I am always a little saddened by the legendary former cricketers. Players like Sachin Tendulkar, Brian Lara, Saeed Anwar and the other legends brought something new to the entire sport. They were the masters of their game. But after their retirement they didn’t put too much input into cricket as coaches or grooming youngsters,” he said.

The legendary former batsman claimed that the aggression possessed by Viv Richards remains unmatched today, despite the high scoring encounters of the modern era.

“I can’t see aggression, like that of Viv Richards, in the modern game despite the high scoring matches we see today. The passion was just too high. The real essence of cricket is aggression. People enjoy watching cricket because of the aggression,” he concluded.