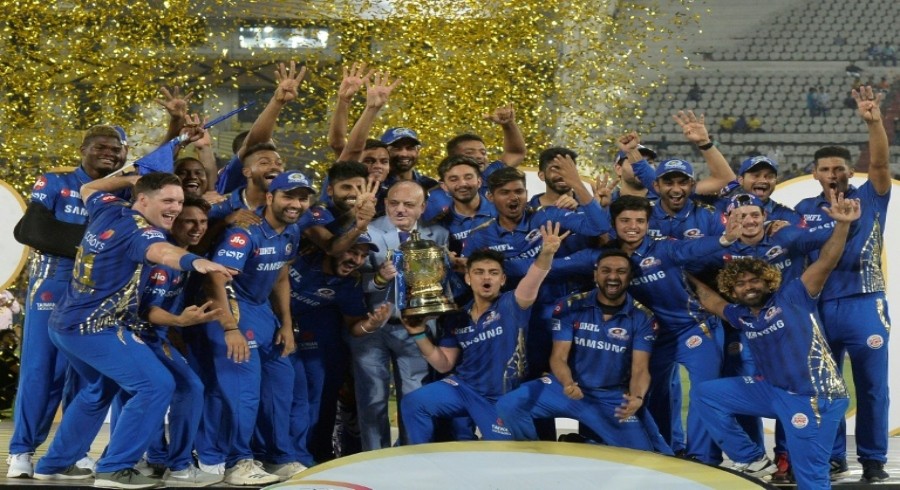 The Indian Premier League (IPL), the world's richest cricket tournament, has been indefinitely postponed because of the coronavirus pandemic, a team official told AFP Wednesday.

Though India's cricket board made no official announcement, the further delay of the Twenty20 tournament, which draws top players from around the world, was inevitable after the government extended a three-week lockdown until at least May 3.

In line with other sports events worldwide, the IPL had already been pushed back from its original start date of March 29 to April 15.

"Yes, they have informed us that the IPL stands suspended for the moment," a team official told AFP on condition of anonymity.

"However it is said that they will find a window in the later end of the year to do it."

Media reports said all eight IPL teams were told Wednesday of the new postponement. The reports said the BCCI may aim for a tournament in September-October.

Board of Control for Cricket in India (BCCI) president Sourav Ganguly earlier sought to dampen hopes of a quick resumption of sport.

"Practically speaking, when life has come to a standstill everywhere in the world, where does sport have a future in this?" he said at the weekend.

With the global shutdown preventing players from traveling and Indian restrictions ruling out new visas, the tournament cannot be held in the coming weeks.

Former India star VVS Laxman said the IPL should be played before the Twenty20 World Cup, which is scheduled to be held in Australia in October and November.

"I think some of the cricket boards will be encouraging the fact that IPL is a big tournament, and everyone acknowledges that," Laxman, an advisor to the Sunrisers Hyderabad team, told Indian broadcaster Star Sports.

"And just before the World Cup it will set the tone for a hectic cricket season. But I just hope that everything is normal, and no one is in danger. And once that happens, I am sure the IPL should kick off the cricket calendar."

Cricketers turned pundits, including England's Kevin Pietersen, have suggested the glitzy tournament be shortened from its normal eight-week duration and played behind closed doors.

The league is a huge revenue-earner for the BCCI and is estimated to generate more than $11 billion a year for the Indian economy.

The participation of the world's top cricketers has attracted big money, such as Chinese mobile phone maker Vivo putting up $330 million to be the league's top sponsor for 2018-2022.

Australian pace bowler Pat Cummins was to be the most expensive overseas star this year with Kolkata Knight Riders agreeing a $2.17 million fee for his services in December.