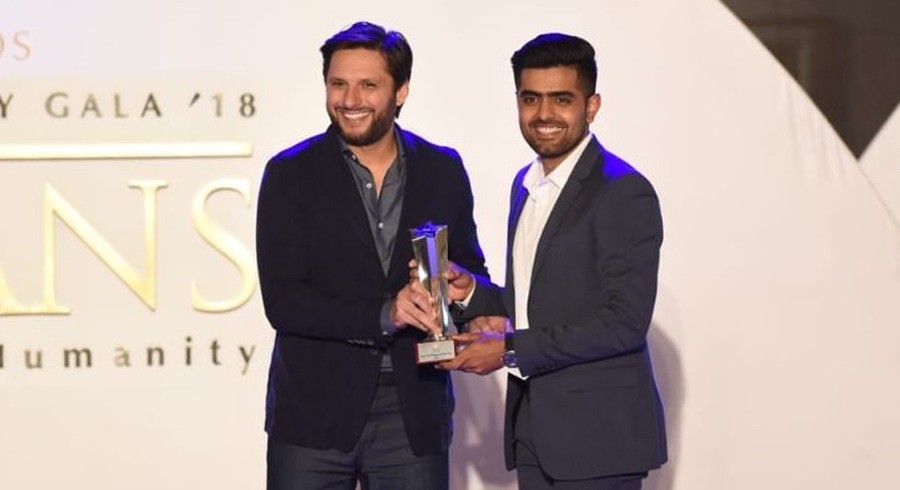 Pakistan cricket team created history by successfully completing their highest-ever chase after the Aussies posted a 349-run target in the second one-day international.

After the match, Shahid Afridi tweeted to congratulate the team but criticized Babar Azam's innings by saying, "waiting for him to step up as a match-winner." The remarks by Afridi seemed bizarre as Babar was named player of the match for his match-winning innings.

If there has been any criticism against Babar Azam since he stepped into the limelight, it has been that the marquee batter sometimes is not aggressive enough earlier in his innings. Apart from that, Babar has not only been considered one of the best batsmen in Pakistan but across the globe.

The 27-year old batter scored at a strike rate of 137 and accelerated after the dismissal of Imam in the 35th, overtaking the pressure from the new batter walking in. Unfortunately, Babar lost his wicket in the 45th over as Pakistan were left with 40 off 34 balls with six wickets in hand.

Afridi's remarks are completely out of line as Babar Azam is the only batsman in the entire world to be ranked in the top five across all three formats.

In contrast to Babar, Afridi played 398 ODIs and 99 T20I for Pakistan. During this time, Afridi has won player of the match awards 43 times in 524 matches across all three formats; 32 in ODIs, 11 in T20Is, and none in Tests.

Afridi represented Pakistan for over two decades, from 1996-to 2018, while Babar Azam still has his early days in international cricket as he debuted in May 2015, seven years ago.

During this time, Babar has broken several records, but first, let's look at his player of the match awards. The right-handed batter has won 17 awards in 198 matches in all three formats; 10 in ODIs, 6 in T20Is, and one in Tests.

This means that Babar Azam has delivered a player of the match performance every 8.5 matches in the one-day international while Shahid Afridi averages an award every 12.43 games.

If we look at the overall record then Afridi's match-winning performance has come after every 12.2 matches whereas, for Babar Azam, the number stands at 11.64.

It is pertinent to mention that Shahid Afridi was an all-rounder and the majority of his awards were down to his bowling performances as he often left everyone disappointed with how he approached his batting.

In addition to that, here are the following records Babar Azam has broken in a short span of his career:

114 - First Pakistan captain to score a hundred against Australia

Babar Azam is currently the number one ranked T20I and ODI batter and fifth in Tests.

Looking at the stats and comparison, it is visible that Babar Azam has always contributed with match-winning knocks, and the criticism done by the former captain was baseless. The Pakistan team is doing well and achieving milestones that the past players could not achieve.

In such a scenario, where the national team is so well gelled-in after ages, former cricketers should avoid unnecessary criticism and be more appreciative and supportive.