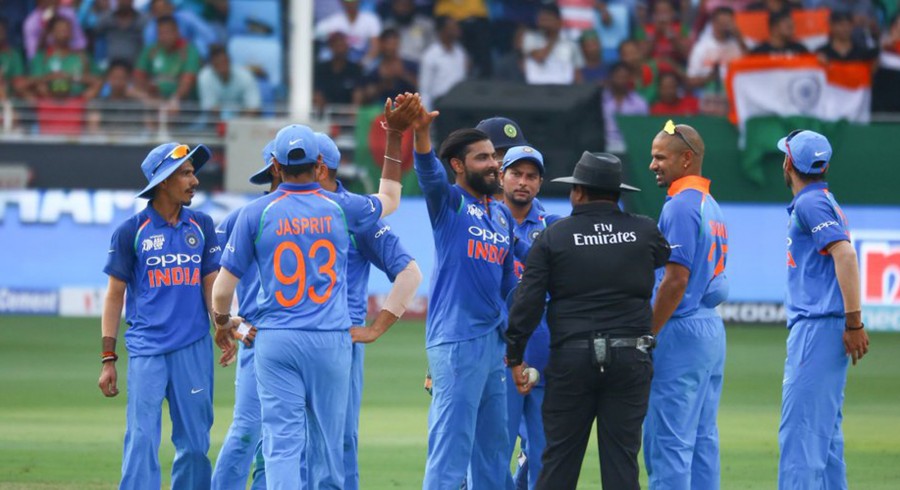 Ravindra Jadeja’s brilliant spell and Rohit Sharma’s captain’s knock was enough to help India in cementing a seven-wicket win against Bangladesh in the Asia Cup 2018 in Dubai on Friday.

After being put into bat first, Bangladesh showed poor display with the bat and were bundled out for 173 in the 50th over.

Star of the show with the ball for the Men in Blue was left-arm spinner Jadeja, who claimed figures of four for 29 in 10 overs.

He was well supported by pacers Jasprit Bumrah and Bhuvneshwar Kumar, who claimed three wickets each.

For Bangladesh, Mehidy Hasan Miraz finished the innings with the top score of 42 off 50 balls with the help of two fours and two sixes.

In reply, India chase down the target in 36.2 overs at the expense of three wickets, courtesy Sharma’s unbeaten 83 off 104 balls with the help of five fours and three sixes.

For Bangladesh, Mashrafe Mortaza, Shakibal Hasan and Rubel Hossain claimed one wicket each.